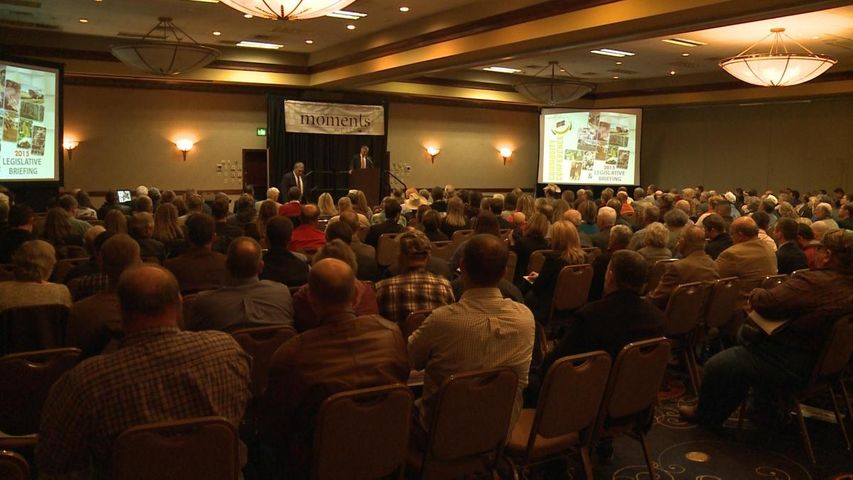 JEFFERSON CITY - Hundreds of farmers and ranchers from across Missouri came to Jefferson City Monday for an annual Missouri Farm Bureau conference.

The two-day conference kicked off at 1 p.m. with a speech from MFB President Blake Hurst. It also included other speakers such as Missouri Director of Agriculture Richard Fordyce and U.S. Rep. Blaine Luetkemeyer (R-Missouri).

Much of the focus was on beef. Fordyce said Missouri has one of the highest numbers of cattle in the country, ranking behind just Texas and Oklahoma and numbers are on the rise.

Another theme involved government regulation. Some farmers said they thought the government has imposed too many regulations on them. Luetkemeyer said he agrees.

"They're concerned about regulation in general," he said.

Tuesday will focus on more consumer-related issues, including market and weather outlooks. Both could affect prices for goods in the future.