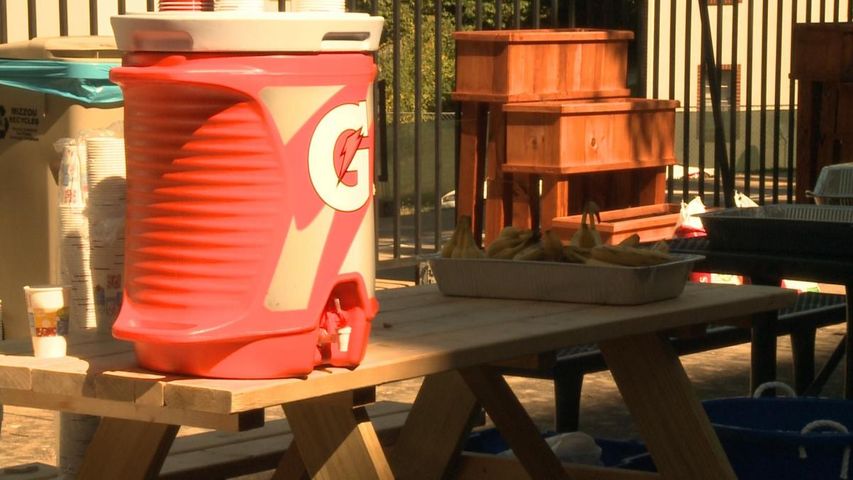 COLUMBIA - Around 200 people came together to organize and participate in the 17th Annual MU Physical Therapy Sunday morning.

Participants had their options to run a 5K or 10K that started and ended at the entrance to the MKT Trail in Columbia. MU PT Assistant Teaching Professor Jeff Krug said the run brought a diverse crowd.

"There was a wide range of people, from all age ranges," Krug said. "Students as well as people from the community."

This year's run honored Christopher Griffith, former graduate who passed in 1986, and Stacey Bragg, former student who passed in 1997, of the MU PT Program. Krug said their presence was evident during the Sunday morning run.

"They were full of life and had these wonderful ways about them," Krug said. "We just want our students to know people like that and recognize how valuable those characteristics are."

Terry Lodwick completed the 5K Sunday and gave the late Griffith credit for having the ability to walk at all.

"I was getting out of the coma, and I wasn't strong enough to walk at first," Lodwick said. "He helped me learn to walk again."

The run began at 9:00 a.m. and ended around 10:45 a.m. MU PT students and professors provided refreshments and music at Lewis and Clark Hall after the run.