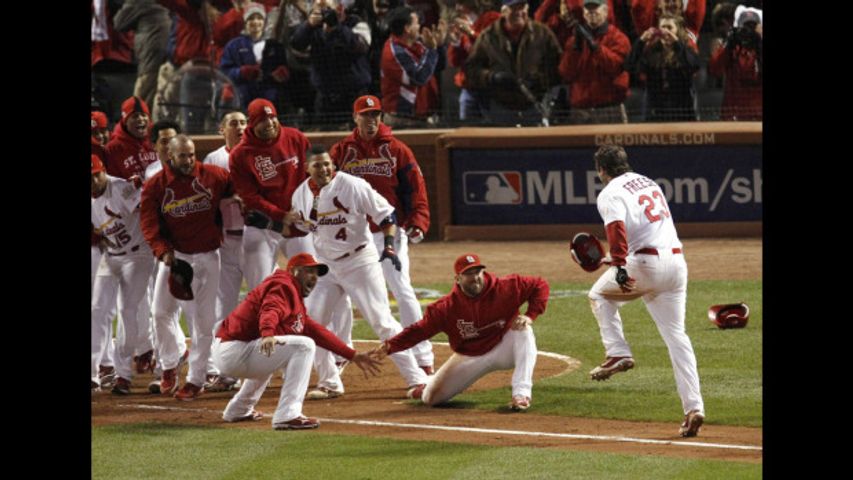 COLUMBIA - It doesn't take long to scan Columbia's downtown and learn which team bar owners are rooting for in Friday's National League Wild Card game. Signs showing support for the Cardinals line the streets and shine from bar and restaurant windows.

Forget team allegiances or local ties. Establishments in Columbia need the St. Louis Cardinals to defeat the Atlanta Braves on Friday for one reason: money.

Local businesses earned a lot of it last year when the Cardinals rolled all the way to a World Series championship during October. The month-long championship period drew customers night after night all the way through the Fall Classic.

Bengal's Bar and Grill owner Julie Rader said she'd have no problem reliving that experience in 2012. Of course, it would be difficult to recreate the drama of the 2011 World Series run. David Freese may have sent Busch Stadium into a frenzy with his towering, walk-off home run in Game 6 of the series last fall, but the collateral damage felt its way 125 miles west to Columbia.

The crowd at Bengal's was so loud and excited, Rader said, she feared serious damage to her establishment.

"I thought the place was gonna come down," Rader said.

The building didn't come down, though, and Bengal's will now bask in another playoff appearance and a busy month of serving drinks and food to baseball fans. That is, as long as the Cardinals win on Friday.