Another section of Scott Boulevard closes 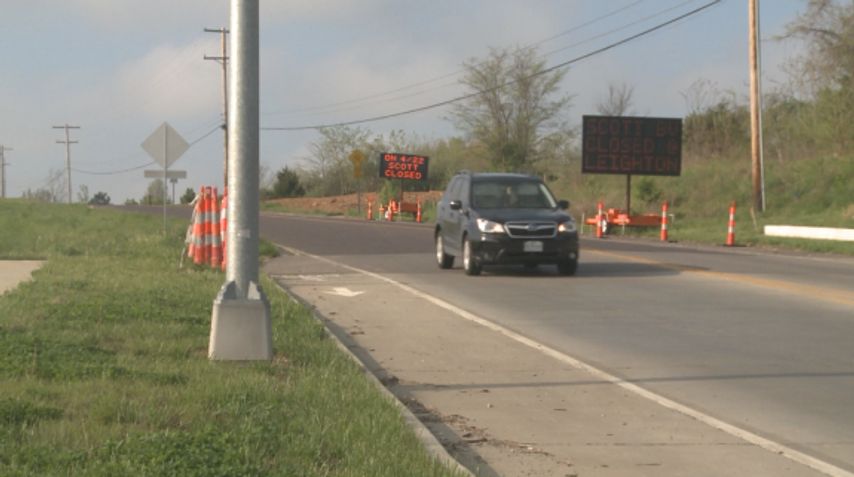 The construction is part of the third phase of the Scott Boulevard Corridor Project, which is scheduled for completion in Fall 2016. Emery Sapp & Sons Project Manager Chris Landwehr said the project is ahead of schedule.

“All in all, we should be about a month ahead of schedule for the rest of the project,” Landwehr said.

Scott Boulevard has been under construction since 2011 and the project consists of three phases.

Columbia resident Alexis Cruz said that traffic backs up all the time near the Break Time off Vawter School Road.

“They’re doing a really good job on the improvements, it just takes a while,” Cruz said.

Landwehr said drivers have adjusted well to the recent construction but he expects the new closure to be more confusing.

“They [the drivers] are all going to have to exit south to get back to Columbia. So this phase is probably going to be a little tough on them,” Landwehr said.

“There is approximately 5 to 5 ½ months left on the total project,” Landwehr said.

[Editor's Note: This story has been changed to correct the spelling of Landwehr's name]