Anti-pipeline protester shares his experiences at the North Dakota campsite 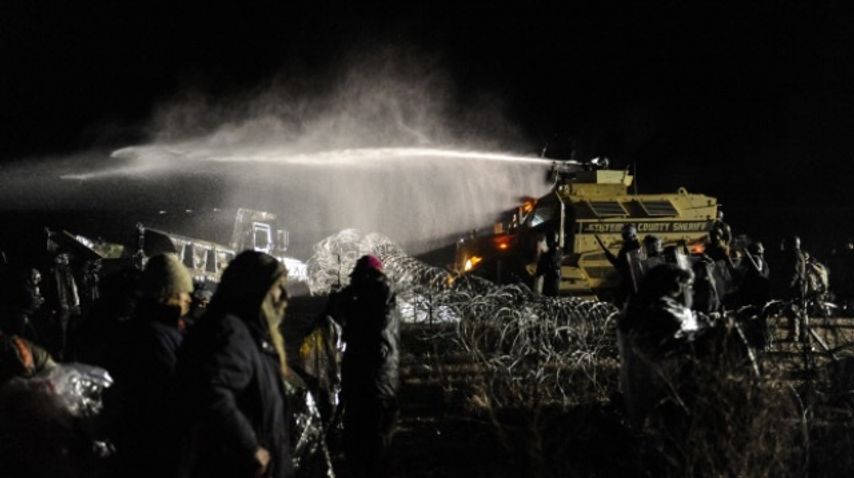 COLUMBIA — Tensions over the North Dakota pipeline continued to escalate over Thanksgiving break. Now, protesters at the camp are being ordered to leave by Dec. 5.

Earlier this week, authorities said that not all protests have been peaceful. They even described some of the events as riots.

Andrew Davis, who spent his break with 11 other classmates from Missouri State University at the campsite, disagreed.

"If you watch the live videos that went out this past Sunday night, you can easily tell that they were the ones being aggressive toward us and instigating us," Davis said. "We did not assault them, we did not throw things at them."

Davis said Sunday he was stationed at the casino near the campsite helping out at the makeshift hospital.

"We got word that buses were coming in full of people that were injured from concussion grenades, rubber bullets, and bean bag pellets," Davis said. "I saw people with rubber bullet wounds and people crying from the mace and tear gas."

In a statement released Friday, North Dakota Sen. John Hoeven said “The well-being and property of ranchers, farmers, and everyone else living in the region should not be threatened by protesters who are willing to commit acts of violence.”

In response to that statement, Davis said "We are not protesters, we are protectors. We are not acting aggressively toward anybody, and many farmers in this area are on our side, the side of the protectors, because they know that this is going to harm the soil and water around the farming areas."

Davis said on the night of Nov. 21, a fire was built on the bridge to help warm people up. He said there were also other smaller fires, which Davis referred to as prayer fires, with elders present. Davis said none of those fires were started in an aggressive nature toward the police.

"All of a sudden, police started using a water cannon on them in 20 degree weather and people were freezing, some had the risk of hypothermia," Davis said. "Police claim they were trying to put out the fires, but it looked like they were just hosing off the people."

Davis said he was most upset to witness how aggressive the police could be. He said he was leaving Friday when the incident at the Bismarck mall occurred.

"I saw some people I had recognized getting arrested and assaulted and dragged down and thrown. Just for handing out fliers at the mall," Davis said. "The police were called in in riot gear to take them out and arrest them."

Davis said he hopes the campsite is still standing for him to return to during his winter break.