Antwon Turnage: Eyes on the Prize 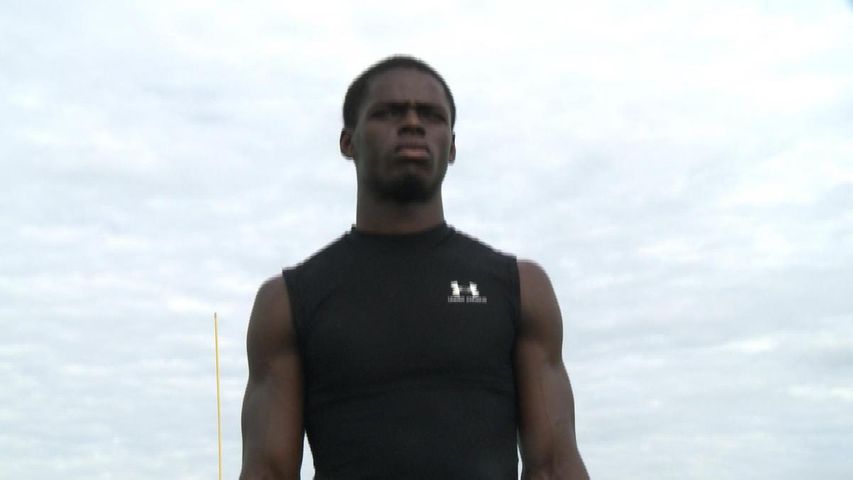 Life is a road with many turns. And it's easy to take the wrong one. But Antwon Turnage has stayed on the right path, with his eyes on the prize.

"To make the NFL," Turnage said. "That's my number one goal right now."

Antwon was born and raised in East St. Louis. His father left when he was a year old, leaving his mom to raise four kids while working two jobs.

"I barely see her and it's tough because I'm basically living this life on my own," Turnage said.

"Because every boy wants his father," Antwon's mom Yovondia Young said. "Mama can only do so much."

But she's already done more than any son could ask for. You see, when Antwon's brother was expelled from school for fighting, it motivated Antwon not to go down that path and it motivated her to give Antwon a better life. So she decided to move to Columbia.

"I cried when I first moved here because I'm like what did I do? I'm making half my salary. I said I'm going to step out on faith and I'm going to do this for my babies. If I want to show them something different, this is my chance."

"If I had still been in East St.Louis, where I'm from, there's no telling what I'd be doing right now. But moving up here changed my life."

Antwon started at HIckman and didn't start playing football until his junior year but this summer he transferred to Rock Bridge.

Antwon Turnage's life has been a road with many turns.

But he's headed straight to the glory.

"I guarantee you I'm going All-State this year," Turnage said.

"He's a man on a mission," Rock Bridge junior wide receiver Alex Ofodile said. "I think he's trying to accomplish something. Not just in football, but in life."

"His eyes on the prize. I'm going to the NFL," Young said.

"I think I would cry to be honest with you. I would cry. I would just think about my mama. Helping my mama. That would be my first step to giving her a better life," Turnage said.