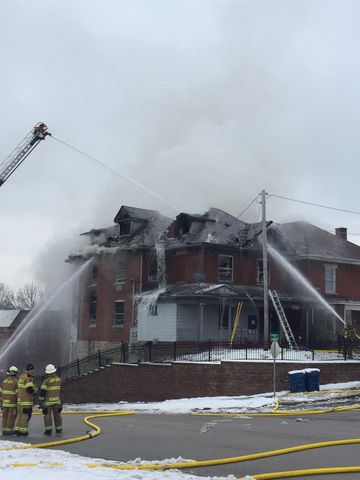 Multiple hoses were being used simultaneously to combat the building's fire more two hours after the initial call was made.

The fire chief said firefighters were dispatched to 201 Cherry Street around 10:20 Sunday morning and upon arrival saw heavy smoke and fire.Firefighters initially began fighting the fire from the inside, but as conditions worsened, they were forced to fight the flames from the outside.

Turner said the cause of the fire has not yet been identified.