Apartment for adults with developmental disabilities opens in Columbia 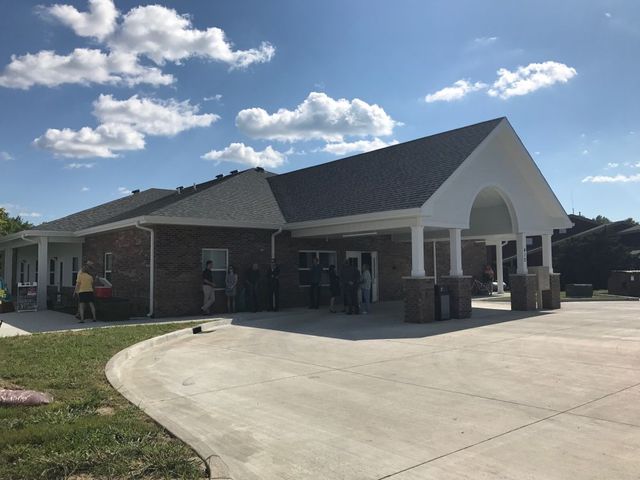 Haun said the idea of “aging in the apartment” would allow the residents to live here comfortably both now and in the future.

“We can get them planted here now, and this can become their home, and they just get to age here,” she said.

She said over the past 53 years, Woodhaven has helped many individuals with developmental disabilities throughout their lives.

“The very first child to walk in our door was at eight years old, and we’re still serving [him],” she said. “As with anybody, with age comes some mobility concerns or needs based on, you know, getting around.”

She said, for example, if someone changes from using a cane, to a walker, then over the years, to a wheelchair, their living space must be able to accommodate the growing mobility and health needs.

“Sometimes, we’re able to modify those homes to meet the changing needs of individuals,” she said. “And sometimes, we’re not. And we may have to shuffle people around, and get them into place that’s safer for them as far as accessibility.”

She said the new “Age-in-Place Apartment” would prevent future cases of relocations and expensive home modifications.

“So rather than whenever it comes an issue, or they have a medical need or mobility concern, rather than removing them from their home that they’ve grown to love, that’s where their home is, they get to stay here,” she said.

Haun said the facility would provide the residents with both a sense of independence and continuous staff support.

The staff would do “day-to-day things” around the homes, such as helping residents get in and out of bed, providing transportation to doctors’ appointments, work and day programs, she said.

“Our staff are amazing,” she said. “They do everything. They support each individual based on the need of that individual.”

Rebecca Gingrich is one of the residents living in the building now, and said the staff has made her apartment the way she likes and needs.

“Like if I wanna talk to somebody, I can shut my door,” she said.

On the other hand, she said she has plenty of opportunities to socialize with other people in and out of the building.

“Like do things on my own, do activities with people,” she said. “Then we go out and do stuff like go to a movie. Go grocery shopping, church, Walmart shopping.”

According to Haun, funding for the project came from a capital campaign “Building on Our Strengths,” which raised over $2 million in 2015. She said the project is the second of two buildings built through this campaign, and the first one, Billy J. Palmer Health and Training Center, opened in 2016.

Haun said she would love people to know that individuals with developmental disabilities are just part of the community.

“We are you neighbors. We’re grocery shopping where you grocery shop. We’re going to church where you go to church. You know, we are volunteering and working in the community,” she said.

Haun said their needs are as important as everyone else’s in the community.

“Everybody just experiences independence and individuality in their own way—You and I both do that, and they do that as well,” she said. “I’ve been at Woodhaven for a little over a year, and it’s been incredible to really realize that on a personal basis. Just get to know these people we serve and learn from them.”

Haun said the kind of community support that everyone knows about is funding, which helps Woodhaven pay for things like adaptive equipment. Meanwhile, volunteer efforts are always needed as well, she said.

“So if you or your organization or business are looking for a service project, I promise you this will be one of the most fun ones you do,” she said. “People are just coming over to spend sometime and do a puzzle and talk—it’s perfect.”