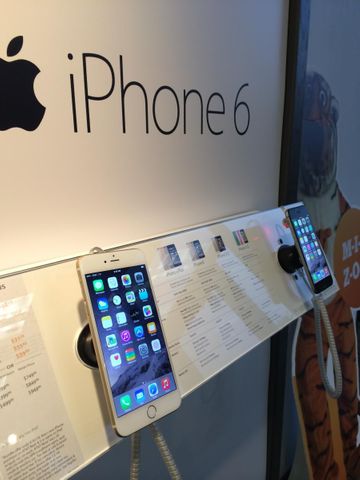 COLUMBIA - The new iPhone 6 and iPhone 6 Plus will be released Friday in Columbia. These new Apple products feature faster LTE speeds and allow payments with the help of certain applications on the phone.

The ability to use your phone as a payment method at checkout is not entirely new. Some Android phones have had this capability since 2012.

According to CNET, an online technology blog, Android is still the most popular operating system nationwide, with Apple products coming in second. Columbia customer Sam Norwood said he prefers Apple products to Androids just because of their simplicity.

"The phone and its applications are much easier to understand and I have basically grown up with that type of phone since high school," Norwood said.

Although the release is Friday, a sales manager at the AT&T store on Grindstone said there is a limited supply.