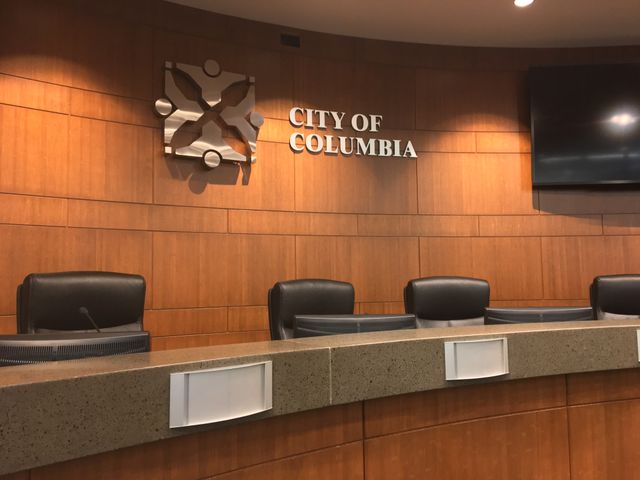 COLUMBIA – The period to apply for the Columbia City Council is now open.

Registered voters living in Ward 2 and Ward 6 are now able to file a petition to run for those two seats.

Incumbent council members Michael Trapp and Betsy Peters are the only residents to pick up applications to run, according to city clerk Sheela Amin. Both submitted their petitions Tuesday morning.

Trapp first ran for the council in 2012. He is running for his third term, advocating for better infrastructure and more police to increase community outreach. He also said he wants to better educate the public about downtown development.

Trapp said he welcomes challengers for his seat.

“I remember being a candidate who didn’t have that background, and I ran on my values and I made a statement that these are my values and they match what your values are, and I will learn the things that I don’t know,” he said. “I still consider that a fair and valid argument.”

Trapp said he has a reputation for being focused on the city as a whole, but he'll narrow his scope in some ways.

“I think it’s more important than just defending your own parochial interests, but I can best serve the Second Ward by serving the city well. But I have also taken note of that from my second re-election campaign and I’m going to try to be more Second Ward focused,” he said.

Peters joined the city council in 2015, winning that election by a narrow margin. She is running for a second term.

Petitions are available in the City Clerk’s office on the second floor of City Hall. The office is open from 8 a.m. to 12 p.m., and 1 p.m. to 5 p.m., except on weekends and holidays.

Candidates must be residents of the Ward they apply for and cannot hold public office or a position in the city’s government. They must obtain at least 50 signatures from residents and voters of the same Ward.

The deadline to file a petition is Jan. 9 by 5 p.m. This election takes place Apr. 3.