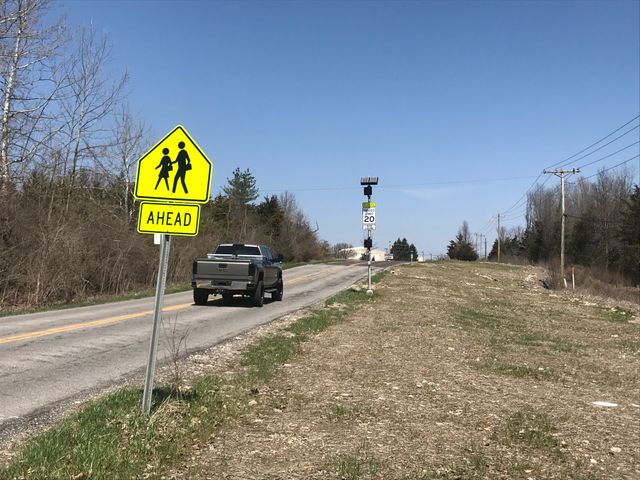 COLUMBIA - A new sidewalk project approved unanimously during the Columbia City Council meeting on Monday night is drawing a mix of reactions from people who live near Sinclair Road.

Ward 2 City Council Member Mike Trapp said, although the sidewalk is not a perfect solution, it’s the best option.

“I believe in livable streets, so every street should have a sidewalk,” Trapp said. “So this, for me, was an easy choice.”

The 2,600-foot sidewalk will fill a gap along the east side of Sinclair Road between Nifong Boulevard and Southampton Drive, according to a council memo.

Columbia Public Works originally proposed the project to connect Mill Creek Elementary School with the new middle school being constructed to the south.

Two-thirds of the sidewalk will have a green space separating it from the road. The rest will be directly against the road, which drew concerns from people like Mike McMillen. He lives in a neighborhood off of Sinclair Road.

“It’s 40 miles an hour through there,” McMillen said. “It just presents a possible safety hazard.”

Trapp said a curb alongside that third of the sidewalk will make it safe for walkers.

“Traffic engineering is a well-developed science, and we know that the curb has the same safety as the 3-foot green space for the other part of the sidewalk,” he said.

The project will cost $300,000 and will be paid for by the Columbia Public School District.

Norman Chang lives in the area and walks his dog on the existing sidewalk near the future middle school. He said he is excited to use the new sidewalk in the future.

“It’ll be a great thing for our area,” Chang said. “I don’t think I’d be afraid of walking on any sidewalk in Columbia.”

Construction for the sidewalk is scheduled for the summer of 2020.