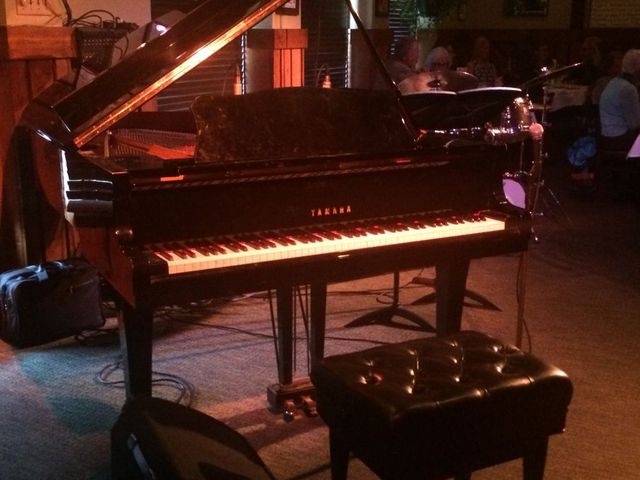 COLUMBIA - The Smithsonian initiated Jazz Appreciation Month in 2002, it is now celebrated nationally and Columbia is no exception.

Several events have been planned over the course of the month to celebrate the jazz music and its history. On Sunday, Columbia-based restaurant Murry's played host to Musician and Educator Laurence Hobgood.

"We Always Swing" Jazz Series, an educational and jazz concert producing organizaiton, has events happening all around Columbia. Some of the events will take place at schools throughtout the Columbia region. Hobgood said jazz music and music in general goes beyond playing an instrument and should be spread into classrooms.

"The importance of music education and arts education in the schools and in the community is about developing people's imaginations," said Hobgood.

Hobgood said he's inspired by jazz musicians like Nat King Cole and Oscar Peterson and said he attributes his love for jazz to his father who was a theater teacher.

"Most jazz musicians don't grow up watching a master theater person rehearse and deal with drama," he said. "And I feel like it's been a huge advantage in terms of how I want to conceive or present the music."

Hobgood said jazz is important because it allows audiences to use their imaginations.

"I believe something we are suffering from in our somewhat troubled society today is a lack of imagination," Hobgood said.

Assistant director of the Jazz Series, Josh Chittum, said jazz music is important and has played a vital role in America's society.

"One of the things that separates us from the rest of the animal kingdom is art," Chittum said. "I don't know if there's any greater art form than jazz."

Chittum said there are events happening every week in the month of April to celebrate. To learn more about the Jazz Appreciation Month events around Columbia, click here.