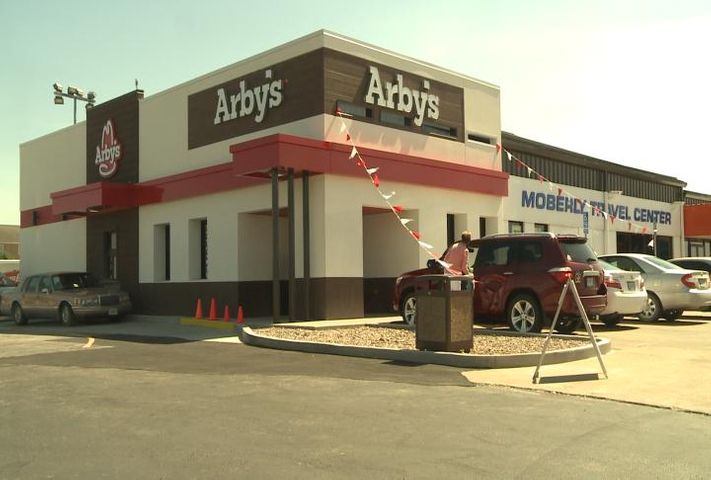 MOBERLY – The line reached out the door at the Arby’s grand opening in Moberly Wednesday. Domino's also broke ground on a new Moberly location last Tuesday.

Local restaurant owners were unsure what the introduction of the big businesses means for them.

"We don't get too many new restaurants in this town, so when there is a new one obviously you see a lot of people show up," Ewing said.

Another Moberly man ate at Arby's twice on opening day.

By 3 p.m., Arby's CEO John Davis said more than 1,000 customers had come through the restaurant, and the business expected at least 1,000 more customers by the end of the day.

Around the corner at the Funny Pages Cafe, about 12 customers were dining in at 3.

Carson Latimer, a cook at Funny Pages Cafe, said the restaurant has plenty of regular customers who do not prefer chain restaurants. He said he's confident they will continue dining at the cafe for the atmosphere, the people and the home made food.

Latimer's only concern is customers might eat at Funny Pages more sporadically. He said those who come in for the occasional sandwich, soda or milkshake might take their business to Arby's.