ARC Program Participation High with Little Ones, Low with Teens 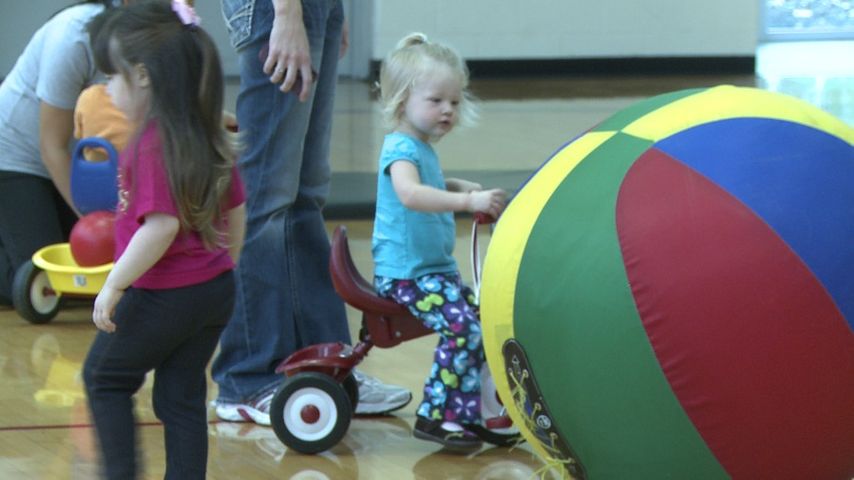 COLUMBIA - The youth programs at the Activity and Recreation Center (ARC) have high involvement from the younger age group, but don't have a lot of teen sign-ups.  Supervisors see many toddlers but struggle to see the older kids, wondering why involvement is so low with the older age brackets.

Some of the popular programs for the little ones are Little Gymers and Little Swimmers.  While these classes have a lot of kiddos enrolled, teenagers are more likely to play a game of pick-up basketball or work out in the general equipment area than participate in an organized program.

Brian Higginbotham is the supervisor of programming and operations at the ARC.  He said the center has tried things like teen spinning, even movie nights, but haven't had much luck.

"Teens are very hard to program for, especially here in Columbia.  Columbia is a very active town with athletics, and if they're in athletics they're probably going from one sport to the next," Higginbotham said.

Recreation Specialist Dayton Grover has been with the ARC for two years now.  Before then he worked for the Columbia Parks and Recreation department for 22 years.  Grover enjoys working with all age groups, but tends to see more kids between the ages of four to about twelve.

"They get so much structure during the day at school that they don't want structure when they come in when school's not here in session, so that might be part of it," he said.

Grover said he's more likely to interact with teenagers by helping them out in the weight room or giving them tips on working out.  He said he thinks they are more interested in doing their own thing and hanging out with their friends than taking part in anything structured.

Unsure if it's financially related or parents not receiving enough information, supervisors are racking their brains trying to come up with ways to increase participation.  Grover said maybe there's a jackpot they haven't hit or are missing a key factor in rallying the teens.  He said the advertising is there, and waits for any increase in involvement.

Higginbotham said the ARC may try organizing some sort of sports league Friday nights to bring in more of the older kids to the programs.