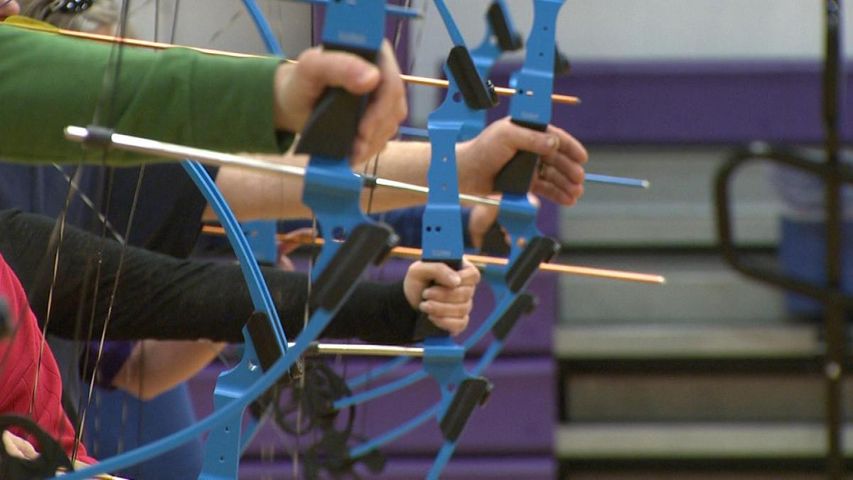 CHAMOIS - It's a school group with more kids than Little League Baseball, and is the safest ball sport next to table tennis.

The Missouri Department of Conservation Outdoor Specialist is also an instructor with the Missouri National Archery in the Schools Program, or MoNASP.

The Missouri Department of Conservation took over the state run program in 2007.

Right now, there are 350 schools in Missouri using the program, with more than 80,000 kids participating.

Today though, he's not coaching students, but teaching teachers.

Teachers that come from all around: Chamois, Hallsville,Owensville.  In all, ten new teachers will be certified.

They'll learn to do all: set up the course, maintain of the equipment, score the match, and a whole lot more.

Flowers says most of the learning is hands on with the bows.

And the teachers say they love it.

Teachers like Brian Anderson. He can't wait to bring the program back to Hallsville Public Schools.

The physical education teacher said, "It's fun to teach and you know... when it's fun, it's easier to do."

But the program is more than fun. Flowers said studies on the NASP program have shown student, "Attendance is better." He also said they show, "Grades are higher."

And it does more than that.

He said archery draws a different group of students. "You don't have to be the biggest kid on the football field," he said, "Or the kid that can dribble a basketball."

"Archery draws those types of students who may not be physically fit enough," She said. "Or may not be necessarily tall enough, small enough, thin enough, stout enough."

Flowers said the program is designed for everybody from experts to those who have never used a bow before.

Justine Eubanks is included in that group. Today is her first time shooting, but she'll hit the bullseye before the day is over.

Even though the program focuses on schools, Flowers said others want to learn as well. He said, "There may be parents in the group," or other people simply interested in learning archery.

That's because Flowers said archery is a sport that involves the entire community, from parents to store owners who sell archery equipment to others who sponsor the teams.

Flowers said he expects around 1,300 participants at the state competition this year. But he expects three to four thousand people overall attend the meet.