Are pools the new toilet paper? 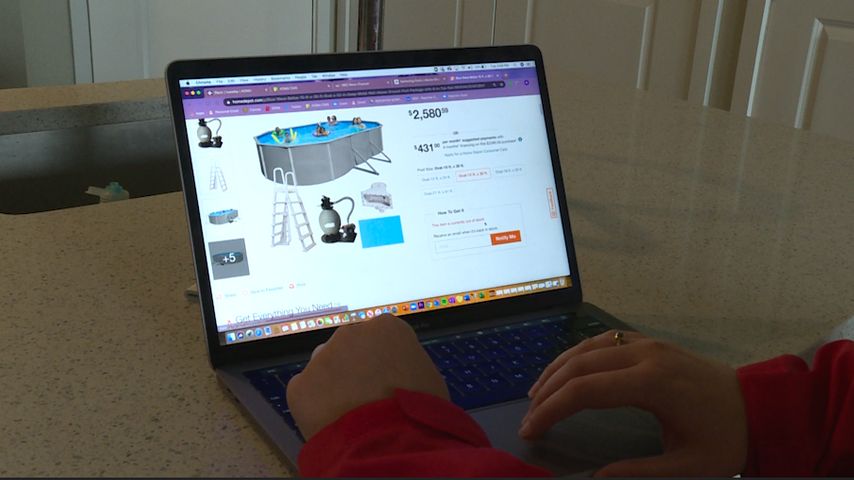 COLUMBIA - Summer is quickly approaching and that means one thing: pool season.

According to Governor Parson, public pools will be allowed to open this summer, as long as they follow strict social distancing and sanitation guidelines.

But Debra Johnson, a Fulton resident, said she is guessing that people won't be rushing to those public pools.

"Everybody is getting them for their homes because they are not going to be at community pools," she said.

But people looking to get in on the trend and buy their own pool may have to be willing to spend this year.

Johnson sets up an above-ground pool for her family every year.

"Since the kids are grown up and out of the house, we just buy the Walmart ones now because they are reasonable," she said. "But we have grandkids who swim in them, so that's why we keep them now."

This year she discovered the pool had a hole in it, so she decided to buy another one.

"It's pretty impossible, unless you want to spend a lot of money this year," she said.

Retail stores such as Walmart, Target, Academy Sports and Outdoors, and others are completely sold out of pools.

"We don't have any in stock, except for those very very small ones," a Menards employee said.

Meanwhile, other stores can't even tell you if they have any pools in stock at all.

An automated message from Walmart said, "Due to a large demand in products, associates are unable to confirm products availability at this time."

Johnson said if it does look like a pool is available, you should buy it quickly.

"There was one pool at the Walmart here in Fulton, it was 22 feet around, and it was $600," she said. "We drove to Columbia to see if they had any and everywhere was sold out. So, we went back to Fulton to get that one and it was gone already."

She said she thinks the trick with buying pools today is to be quick.

"I bought one off of eBay and it had just listed and there was already three people wanting to buy it," Johnson said.

Smaller companies, like Vaughan Pools and Spas, have not yet seen a shortage.

"I haven't reached the point where I'm not able to get any" Kathy Crawford, one of the owners of the company, said.

Crawford said her business' production company did not shut down due to COVID-19, but they did scale back. The only effects she's seen is a longer time between the placement of the order and the arrival of the pools.

"At this point I'm not concerned about it," Crawford said.

It seems like the hard-to-find item changes every few weeks.

"It's the new toilet paper," Johnson said. "Whatever season it is, that item is just insane to try to get."