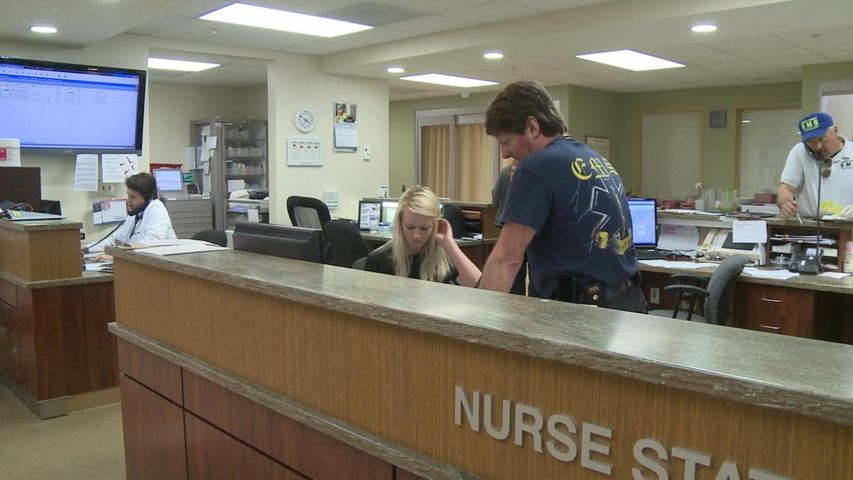 Hermann Area District Hospital CEO Dan McKinney said his hospital writes off about $1 million, or 1/15 of its overall revenue, every year in charity care, which is uncompensated care resulting from treating the uninsured. He said charity care admittances at his hospital has doubled in the last decade, adding most rural areas see more instances than his does. Overall, McKinney said about 7 percent of his hospital's patients are uninsured.

Under the proposal set forth by Rep. Jay Barnes, R-Jefferson City, Missouri's Medicaid program, called MO HealthNet, would provide a high-deductible insurance plan to anyone between the ages of 19 and 65 with incomes up to 100 percent of the federal poverty level. That equates to $23,550 a year for a family of four. The Department of Social Services would also solicit bids from the private sector for managed care plans. Those plans would have to cover services including emergency services, hospitalization, mental health treatment, prescription drugs, laboratory services and preventative care.

Bernard Orman, the CEO of Samaritan Hospital in Macon, said the state's 2005 Medicaid cut took about 100,000 people off Missouri's Medicaid rolls. He said a lack of insurance forces many to use emergency rooms as physicians' offices. Orman said many of these patients have jobs but cannot afford health insurance or else their deductibles are too high. He said charity care costs his hospital about $280,000 a year.