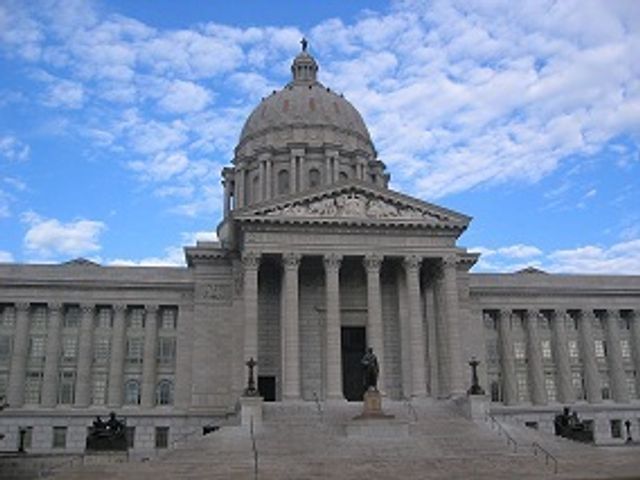 Kelly said he is confident the bond issue, which he co-sponsors with Sen. Kurt Schaefer, R-Columbia, will pass. If approved by the General Assembly and voters, the measure would allow the state to issue up to $950 million in bonds to fund a number of projects, including building repairs at colleges and universities. Kelly said the universities will be permitted to decide which projects to spend the money on.

Jones said the bond issue would make Missouri a leader in higher education.

Jones and Kelly disagreed most on how to prevent a mass shooting like the one in Newtown, Conn. last December. Jones is co-sponsoring a bill that would allow teachers and administrators to carry concealed weapons in schools.

"We need to do anything in our power to protect our children," he said.

Kelly said he doesn't think the legislature can do anything to prevent a mass shooting. He said individual school districts already have the power to decide whether to pursue any courses of action, such as arming teachers.

Jones said an expansion of Medicaid would have to happen, but he said he would like to give those currently covered by Medicaid several choices on coverage. Kelly said Missouri will have to expand Medicaid coverage as required by the Affordable Care Act and championed by Gov. Nixon. He said failing to do so would cost the state billions of dollars.

Both houses of the assembly will open the 2013 legislative session at noon Wednesday.