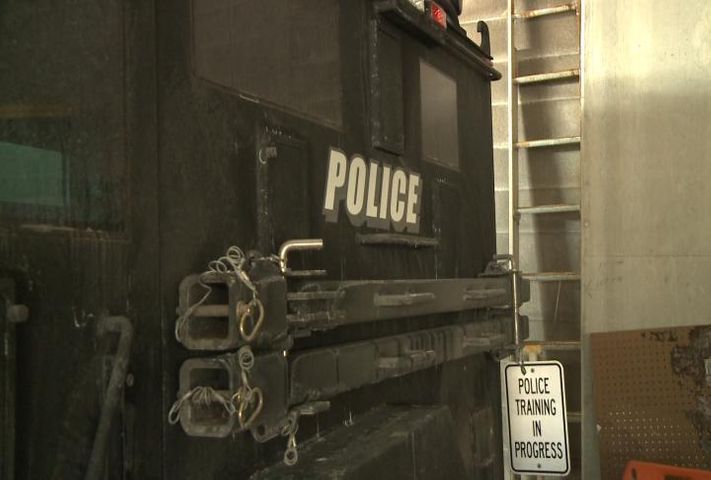 COLUMBIA - It's almost been four months since the Columbia Police Department purchased a $227,587 armored vehicle called BearCat. It is now covered in dust sitting in the CPD's parking garage.

"We recognized that nationally things have occurred, school shootings mall shootings. We didn't have a mobile position of cover. We didn't have a vehicle that we could use to rescue civilians and police, and we knew that we needed something to change that, " said Lt. Geoff Jones, SWAT team commander.

The vehicle has been deployed twice since October to serve search warrants.

Soon after the city bought the vehicle, residents sounded off on CPD's Facebook page.

"Is our city so violent that it needs such equipment? Wouldn't Columbia be better served with a larger police force?" Helen Sherrod wrote.

And Eric Watkins said, "What a waste. Have fun playing soldier in your toy tank."

Before BearCat, the CPD used a 32-year-old donated surplus military vehicle. Jones said other than issuing search warrants; the BearCat is used for public relations purposes.

Although BearCat has not been used often and not at all for rescue purposes, Sgt. Joe Bernhard of the CPD said more than anything the truck is for peace of mind that the department is prepared.

"It's better to have it and not need it than to need it and not have it."

The CPD SWAT team plans to train with BearCat Monday evening in various locations around Columbia.