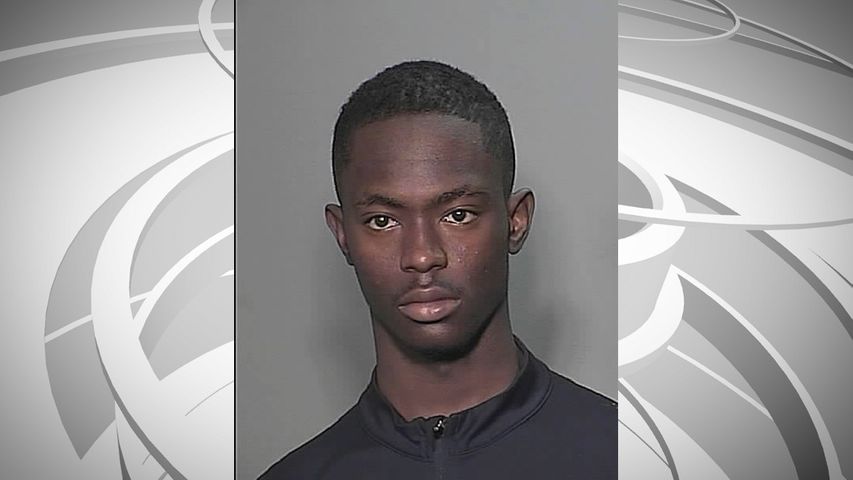 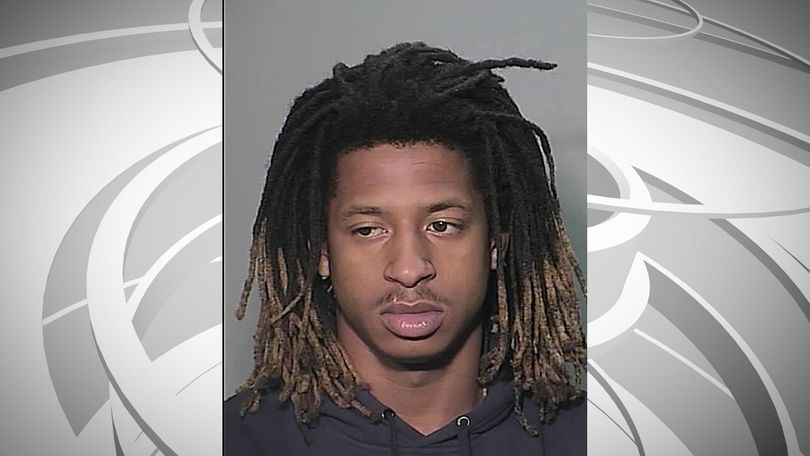 Glover is charged with armed criminal action and three counts of first-degree assault.

Police were dispatched to the 5100 block of Clark Lane where they saw one person running from the area and a car with gunfire damage pulling into a Quick Trip parking lot.

Police stopped the vehicle and then saw the suspect vehicle drive by.

They pulled the car over on Eastwood Drive and detained five people.

Police said the investigation revealed Glover was riding in a car with three adults and two children. He allegedly told the driver to follow the other car, saying the occupants had "snitched" on him.

Police said Glover's car followed the other car and blocked it into a parking space. Glover allegedly then began hitting and kicking the driver's door and window.

Police said Glover fired a handgun several times before running from the scene. Police found 16 shell casings at the scene and the handgun on a nearby golf course.

According to police, Grant was riding as a passenger in the car with Glover and was found with 29 grams of marijuana. He was arrested and charged with possession of a controlled substance misdemeanor and a felony warrant for first-degree property damage.

No injuries were reported from the incident.