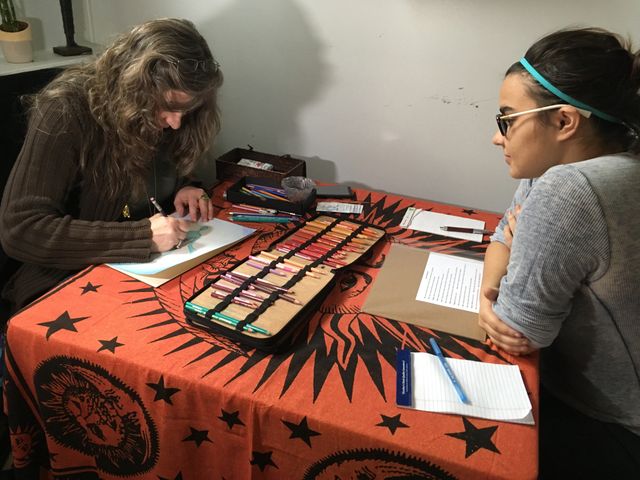 Susan Walter said she had life-saving surgeries at ages four and six that helped her through a series of medical issues. Afterwards, she was grated the ability to see angels.

“For me it’s second nature, you know? It’s like I don’t really remember a time not doing it,” Walter said.

Walter visited the store Heart, Body and Soul and let people set up appointments with her to have their angels painted. According to Walter, each person has at least three angels.

Deborah Carney, one of the owners of the store, had her own angel painted due to her love of the angels.

“I was very excited,” she said. “It was one of my favorite subjects, so I was really happy to get it done.”

Walter said no two angels will ever be alike, however there could be similarities. According to her, wings of the angels are like fingerprints. They are all unique.

She described the experience of seeing an angel as “how you sometimes see a ray of sunshine coming between the clouds.”

“It is a very loving feeling, it really is,” Walter said. “I know one of the comments that people have made is that with all the angel portraits that I do, the arms are always outstretched to give you a great big hug. After every angel portrait that I have ever done, at the end I always want to exchange a hug with that person. It almost feels incomplete if I don’t.”