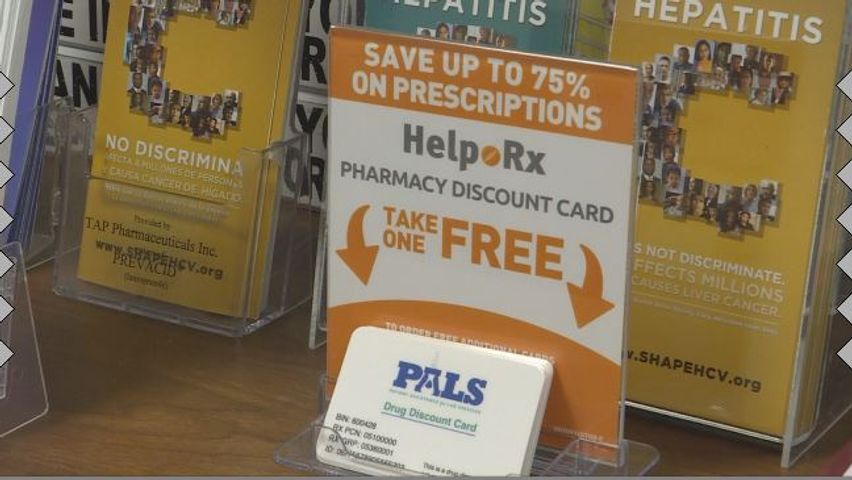 COLUMBIA - Prescription drug prices in America have increased about 10 percent a year for the last few years according to data from Truvaris, a healthcare data company. that increase has put a financial burden on many patients in mid-Missouri.

"It (cost) is the most common cause for people to not take their prescription drugs," said Chris Hartigan, a nurse practitioner at the Family Health Center of Boone County. "If you have a life saving medicine for diabetes or hypertension and it's too expensive, people will forgo that for food."

Bruce Burkett has devoted his life to running a Columbia based group called the Hep C Alliance. He's driven all over the state of Missouri to test people for Hepatitis C free of charge. Burkett, a former drug user, discovered he had the disease back in the 80s and had to undergo years of experimental treatments before he was cured.

"We go to a lot of drug and alcohol treatment centers," said Burkett. "We do health fairs where we go talk to people, and we tell them what Hep C is."

It's a blood-borne virus that effects the liver. People who have it often don't show symptoms for years or decades, but once they do it can be deadly if not treated. Today, companies have developed drugs to treat the disease with high success rates and few side effects, but the price tag is overwhelming. It's one of the most extreme examples of how high prescription drug costs in America have gone.

"There's about six of them on the market right now. They're all running about 70-90 thousand dollars as far as whole sale price," Burkett said, though he also added he doesn't know of anyone who has actually paid that price. Medicaid, insurance or other patient assistance programs help with the cost, but he has heard of people paying thousands of dollars out of pocket for the 12 week treatment.

"There's a lot of hurdles whether you have insurance or not because quite often the first time you apply and your doctor gives you your prescription, insurance is going to deny it because they don't want to pay the big dollars. So you have to go through the appeals process," he explained.

Burkett has an interesting relationship with the drug companies. They fund more than half of his group's budget. He says they support him testing people for Hepatitis C because if people know they have it, they want the drugs to clear the infection before they start to develop symptoms.

"It's a two way street. They're helping us, they're helping the people, but they're making aprofit as well," Burkett said of the money drug companies give to his group.

KOMU 8 contacted Gilead, the company that manufactures Harvoni to ask about Burkett's claim. Mark Snyder, the company's public affairs director, responded with a statement saying, "Gilead appreciates the vital importance of making healthcare affordable for all Americans and provides public and private payers substantial discounts to ensure patients receive the treatments they need, regardless of what resources they have. Gilead maintains its own Support Path program that provides co-pay assistance to eligible insured individuals and provides therapies at no charge to qualified uninsured individuals. We stand behind the pricing of our therapies. We are proud of the benefit they bring to patients and the significant value they represent to payers, providers, and our entire healthcare system."

Burkett has worked with the Fair Pricing Coallition to try and convince companies to lower prices, but he thinks it will take new laws to make significant change. "I hate to say more regulation, but we need some more regulation on what they can charge."

Law makers in both parties have discussed the need for more prescription drug regulation, including President Trump, but there's nothing concrete to regulate prices at this time.

Hartigan, who works with many lower income patients agrees more regulation is needed. "It's very complex. There's been a lot of debate in Congress about plans that would kind of expose some of the backroom deals and how the whole pricing structure works, but that's a little ways off. For now, people just have trouble trying to make sense of the whole thing."

While most drugs do not cost as much as those used to treat Hepatits C, patients struggle with the costs of many different drugs. The Family Health Center of Boone County has a limited medication assistance program and a staff member whose full time job is to help patients navigate the prescription pricing system. Websites like Needy Meds and patient advocacy groups like Patient Advocate Network and Patient Advocate Foundation help in similar ways.

Hartigan suggests patients call around to pharmacies to compare prices, be ready to deal with insurance glitches and appeals, communicate with their doctor about alternative or generic drugs and not be afraid to ask for help.