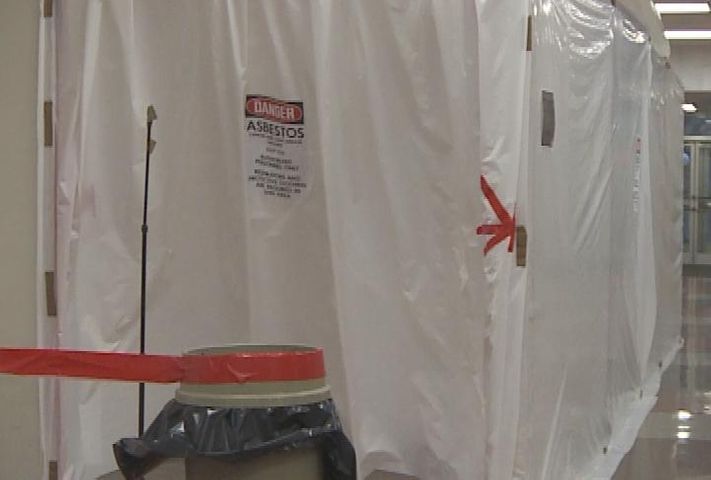 COLUMBIA - It's the end of the semester for University of Missouri students, but this week some are seeing something new on campus.

Crews have begun to remove asbestos in the University's Physics Building and a white tent has been constructed in the halls of the building. Asbestos was found under floor tiles, said Christian Basi, Associate Director of MU News Bureau. Basi said finding and removing asbestos is common in the older buildings on campus.

Some people who are frequently in the building became concerned for their health after reading the posted signs. Others were happy the material is being removed. "This campus was built more than 200 years ago," said Matthew Reel, a MU graduate student. "Obviously there's going to be a lot of things we know now that we didn't know back then."

The word "asbestos" invokes fear in a lot of people's minds, and due to the material's toxic nature. Asbestos has been linked to deadly diseases such as lung cancer and mesothelioma.

It's not always necessary to become alarmed. Asbestos was a popular building material prior to the 1980 and is found in many homes and buildings. Even cars made before 2004 may contain asbestos in their parts.

The material is in many places without people knowing it but is not dangerous until the particles are airborne. While many people want to remove the asbestos from contaminated areas, it could be the wrong approach. Removing the asbestos could cause the particles to become airborne.