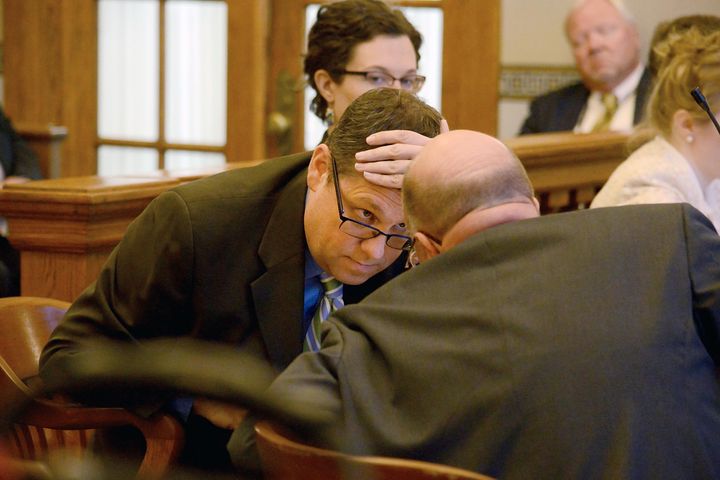 On June 6, Ashcroft announced he would reject two petitions to have the people vote on whether to overturn the abortion law. Ashcroft said an emergency clause in the law prevents it from being subject to a referendum.

During the hearing, the attorney for the Missouri secretary of state's office, John Sauer, said it would be "legally improper" to issue a temporary restraining order under the current circumstance.

"Based on repeated statements by the Missouri Supreme Court and Court of Appeals, a TRO maintain the status quo," he said. "It is unquestionable that it actually being requested here is a disruption and overturning of the status quo."

Sauer also said the appropriate remedy for a private citizen seeking to compel a state official to engage an affirmative act in complying with the law is through the writs of mandamus.

Lowell Pearson, the attorney of businessman David Humphreys, said he only asked for very limited relief in Tuesday's hearing, which is to have all three state officials do what they are required to do while the court sorts out the partial emergency clause.

He said the referendum procedure they vote on is the fundamental constitutional right, and it should be protected.

Judge Daniel Green called for another hearing for this case next Monday at the end of Tuesday's hearing.