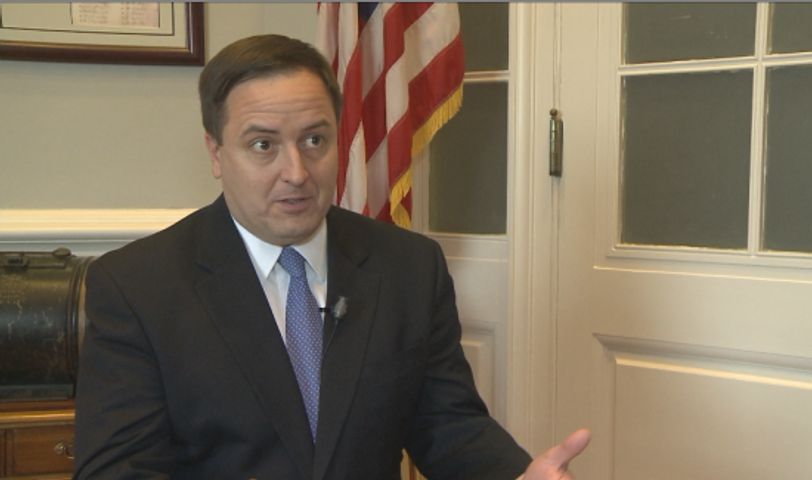 JEFFERSON CITY - Missouri's Secretary of State Jay Ashcroft said he is looking into what he calls voter fraud.

“We are currently investigating allegations," Ashcroft said. "As part of the Secretary of State kind of being the chief election authority, we want to make ourselves available to help with those investigations."

“I would think that most investigations are probably six months," Ashcroft said.

A statement from the National Association of Secretaries of State said it did not know of any voter fraud instances as of Jan. 24.

"We are not aware of any evidence that supports the voter fraud claims made by President Trump, but we are open to learning more about the Administration’s concerns. In the lead up to the November 2016 election, secretaries of state expressed their confidence in the systemic integrity of our election process as a bipartisan group, and they stand behind that statement today,” the statement said.

The National Association of Secretaries of State includes 40 members who are their states' chief election officials, including Ashcroft.

According to a study by Justin Levitt, a professor at the Loyola Law School, only 31 incidents of voter fraud happened from 2000 to 2014. Some of those incidents included multiple ballots. During that time period, over 1 billion votes were cast nationwide.

"Some of these 31 incidents have been thoroughly investigated (including some prosecutions). But many have not. Based on how other claims have turned out, I’d bet that some of the 31 will end up debunked: a problem with matching people from one big computer list to another, or a data entry error, or confusion between two different people with the same name, or someone signing in on the wrong line of a pollbook," Levitt wrote.

According to Levitt's article, none of those 31 incidents happened in Missouri.

Ashcroft said the solution to potential voter fraud was on the ballot in the November 2016 election. Voters decided on Constitutional Amendment 6, which requires people to use a photo ID when they vote. The amendment passed with nearly 70 percent of voters voting "yes."

Ashcroft said the voter ID law will "make it a little more difficult for people to cheat."

"We want to work with other states to make sure that people aren’t voting in multiple states. We know that people vote multiple times in the state of Missouri," he said.

Ashcroft said part of the reason some people were against Constitutional Amendment 6 was because they were afraid they wouldn't be able to vote. He said a provision in the amendment will let people who don't currently have photo IDs still vote.

"[It] allows individuals that were legally able to vote prior to the implementation of the law, which goes into effect in June, they can still use that same identification as long as they sign the statement that they understand they’re supposed to have a photo ID to vote, that they don’t have one, and the state will provide one for free for them," Ashcroft said.

The Cole County Clerk, Steve Korsmeyer, said the number of people who actually use an alternate form of identification, such as a utility bill or a bank statement with their name and address on it, is very low.

“I’d say probably at least 98 percent of the people that vote have either a valid Missouri drivers’ license or they have a voter ID card,” Korsmeyer said.

He said he was not aware of any investigations in its jurisdiction.

"I haven’t heard anything about it,” Cole County Clerk Steve Korsmeyer said. “I’m sure if we were involved we would be notified.”

The new voter ID law will go into effect in June, but Korsmeyer said he has not received instructions about how implementation will work.

"I don’t know if we’re still going to issue voter ID cards, or not, so it’ll be interesting to see how the implementation progresses and stuff,” Korsmeyer said. “I guess the state’s going to implement all of that. We haven’t gotten anything from the state yet on when, where or how, so I would assume sometime they’re going to keep us informed as to what they’re going to do.”

Ashcroft said he wants his office to work with other organizations to make sure everyone who is eligible to vote has a chance to vote.

"If there’s an organization that thinks they’d like to be involved with this process to help us make sure that we do, make sure that every eligible voter in the state knows how to vote, what’s required and if they need an ID they get one, please contact us, call the secretary of state’s office and let us know. We want to partner with you. This should be something the people and the state come together on: making sure every eligible voter has the opportunity to vote,” Ashcroft said.