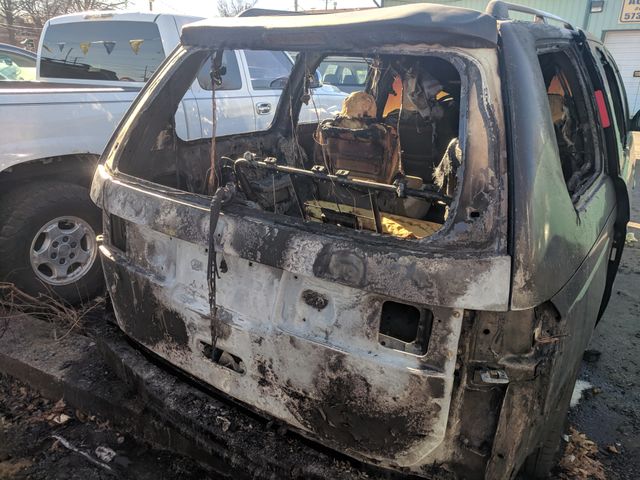 The Columbia Fire Department responded to a 911 call at around 3:15 a.m. Saturday. The O'Reilly Auto Parts employee who made the call said she saw smoke coming from the Ashland Auto Sales parking lot.

Ashland Auto Sales said this is the first time one of its cars was set on fire. Previously, the used car dealership dealt with vandalism and burglaries.

The dealership has security cameras, but the 2004 Honda Odyssey that caught fire  was in a blind spot.

The car was in the corner of the dealership's lot, right by a dumpster and where the Subway parking lot begins. One salesman at Ashland Auto Sales said he and his co-workers are considering putting up a fence between the lots and installing more security cameras.

Ashland Auto Sales said it usually has some presence at the dealership 24/7, along with the security cameras to deter crime. A salesman said the car was likely left unlocked.

A salesman said he feels Columbia police do a good job keeping an eye on the Business Loop.

Despite the fire, Ashland Auto Sales was open Saturday. It sold two cars by 3 p.m.