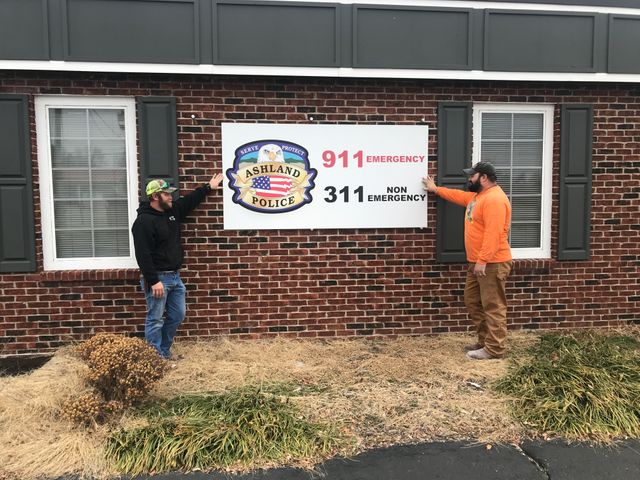 ASHLAND – The Ashland Police Department finished the final touches on its new building Wednesday that will open at the end of December.

“It all boils down to space. We were crammed into city hall with all the other personnel,” Chief Woolford said.

The renovations started in early December and are expected to be completed by the end of the month. The Police Department currently shares a space with Ashland City Hall on East Broadway.

The building was paid for from the sale of another city property, and the renovation money came from city funds without any tax increases.

“It’s been tight budgeting, and a couple of us holding two positions which saves on personnel costs,” Chief Woolford said.

The new building will hold offices for the police chief, deputy chief and patrol sergeant along with a police clerk desk, kitchen, bathroom, filing area and an evidence room.

Ashland police officers on duty will also have more space to work in the new building.

“In city hall there’s just a desk for the seven officers. If somebody is at the workstation then nobody else can use it. With this we will have much more space and room,” Chief Woolford said.

Ashland City Hall will be built on the same plot of land to the East of the Police Department right off of the highway.

“As soon as you turn off the highway and come into town you’ll see the police department, and I think that’s a good thing,” Chief Woolford said.