Aspen Heights Apartment Not Up to Code 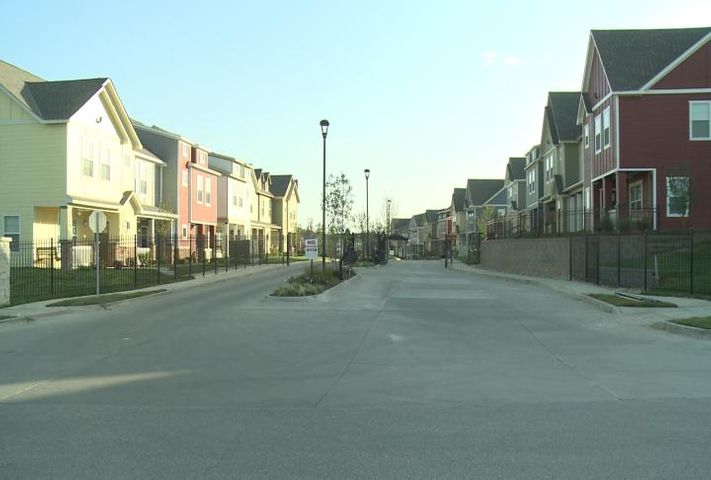 The 2012 International Property Maintenance Code section 602.2 states: "Dwellings shall be provided with heating facilities capable of maintaining a room temperature of 68°F (20°C) in all habitable rooms, bathrooms and toilet rooms based on the winter outdoor design temperature for the locality indicated in Appendix D of the International Plumbing Code. Cooking appliances shall not be used, nor shall portable unvented fuel-burning space heaters be used, as a means to provide required heating.

Exception: In areas where the average monthly temperature is above 30°F (-1°C), a minimum temperature of 65°F (18°C) shall be maintained."

The apartment in question only registered at 61 degrees. Aspen Heights has until Friday, Feb. 21 to get the apartment back up to code. Timothy Teddy, Director of Community Development, wrote in an email to Kenny Thornton, the lease holder of the cited apartment, that if Aspen Heights does not fix the problem, the city will send a probable cause statement to the city prosecutor for further enforcement. Teddy would then work with Thornton to install temporary heat in the apartment. As of Tuesday afternoon, Aspen Heights had made no contact with Thornton to explain how it will raise the temperature in the dwelling.

As part of the inspection of Thornton's house, the inspectors did a series of tests to determine if the HVAC system passed code.

"It meets code, but it's not ideal," building inspector Dan Vande Voorde said.

It's not ideal because the system does not have a return vent on the main floor.

"And that's the way every one is designed here. And that's their main issue that they're facing to where, as a heating guy myself, just the way thermal dynamics work and air flow is you want to be able to get this cold air that sits down and help pull the heat out of the registers, pull it down, so you get good air flow," Vande Voorde said.

"I think ideally if you want your best, most efficient system, you need a balanced return, a distributed return," Freeman said.

A construction worker who built part of Aspen Heights said there were problems with the HVAC design from the beginning.

"We were told by Aurora [the contractor of the project] that they weren't big enough and there were certain things we had to do to the frame package in order to make the cubic footage compliant. Personally, if I were the one to be designing one of those buildings for my own use, it would have been a split system instead of forced air," Jacob Ruhl said.

City inspectors visited another Aspen Heights apartment Friday, but they did not issue a violation. Phil Teeple, Building Regulations Supervisor, said the city could not cite the house because there was no thermometer in the home to measure the temperature.

Campbell's apartment barely met code. The thermometer read 68 degrees, so Vande Voorde said it met the bare minimum requirement to pass code. Campbell said it was much colder during the winter, though.

"In here, if I don't have my heater on on a regular day, not today, it's freezing. You can't be in here without a hoodie on, shoes on, and you're cold," Campbell said.

Vande Voorde agreed to come back and inspect the home again when it was colder outside. He said he is willing to check other apartments as well.

KOMU 8 News reached out to Aspen Heights on Monday to find out why this HVAC design was chosen, but spokesman Stuart Watkins said all Aspen Heights representatives were busy and could not do an interview. He said he would send a statement, but as of Tuesday night, KOMU 8 News had not received one.