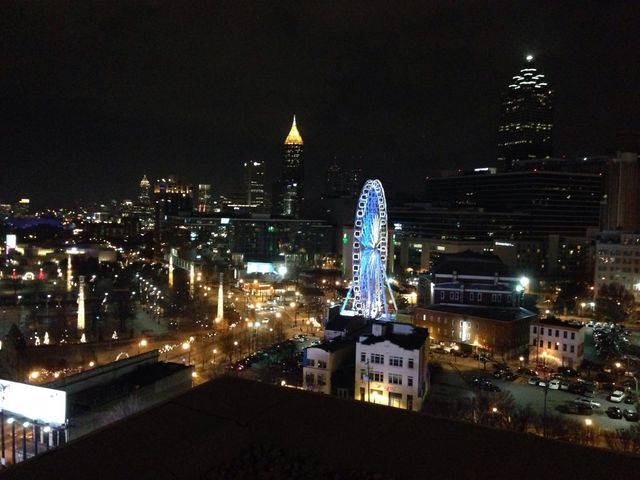 "It really keeps us going when we have that kind of energy," Taco Mac server Joy Wells said. "It's like we don't get tired. It's really exciting, and we just get into the spirit of the game."

Taco Mac is just one of the sports bar and restaurant establishments in walking distance from the Georgia Dome.

But the executive general manager of Legacy Restaurant Partners, which owns Restaurant Row and surrounding hotels, said occupancy is down for the championship this year.

"Alabama's definitely going to be the favorite for the closer proximity," Troy Landrey said. "We still think there will probably be more Alabama fans than Missouri fans, but we don't think the amount of people are going to come as they would in years past. They're going to look at spending their money on one of the playoff games that'll follow the SEC championship cause I think [Alabama is] pretty confident they're going to come home with a victory."

Even with the potential for a smaller crowd, the SEC championship game is sold out, and Landrey's restuarants are ready for game day.

"Teams that are in the conference, fans of SEC teams, it is definitely like no other," Landrey said.