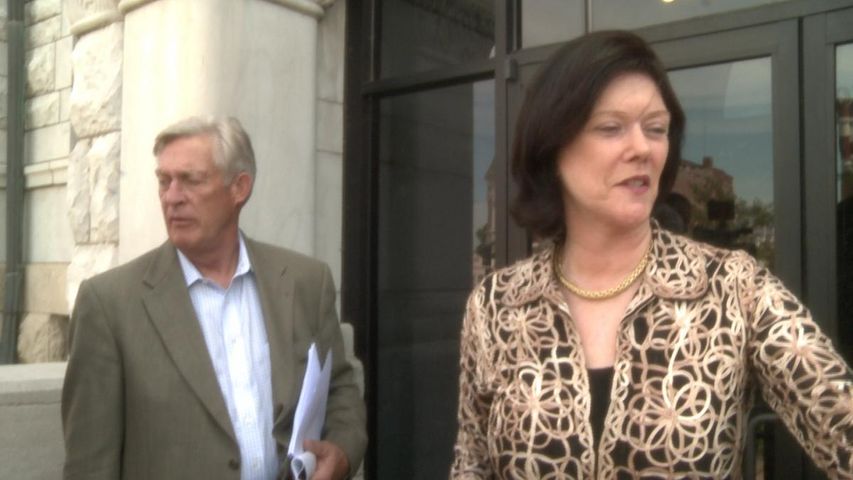 Kathleen Zellner delivered paperwork at the courthouse just before 11 a.m., filing a 92-page report on behalf of Ferguson's defense team. A representative in the attorney general's office said the state filed its briefs just after 4 p.m. Friday, a day which marked the deadline for both the state and defense to submit paperwork.

"It's a new day for Mr. Ferguson," Zellner said. "Every day he sits in prison is now a day that he should not be there."

Judge Daniel Green will now review evidence from both sides before either granting or denying a retrial for Ferguson, who is currently serving a 40-year prison sentence after a jury convicted him in 2005 of murdering Columbia Daily Tribune sports editor Kent Heitholt. He already heard arguments in April evidentiary hearings, which ran from Apr. 16-20 and included recantations from eyewitness Jerry Trump and accomplice Chuck Erickson, both of whom helped convict Ferguson with their original testimonies.

Zellner said Friday's briefs include a few new pieces of information not presented in those hearings in the spring. Specifically, Zellner's briefs question the legitimacy of former prosecutor Kevin Crane's April testimony in front of Judge Green. In April, Crane testified he never told Erickson he would face the death penalty. Zellner's document now claims statements Crane made to KOMU and the Columbia Tribune in 2004 "flatly contradict" his testimony. The briefs argue Crane told media outlets he had "made no decision about seeking the death penalty," which Zellner argues would have led Erickson to believe he may have faced death if he did not testify against Ferguson.

The state's briefs contradict Zellner's claim. According to that document, "Capital punishment was not an available punishment for those who kill when they were under the age of 17. (H. Tr. 559). Nor did Mr. Crane threaten Mr. Erickson with the possibility that Petitioner may make a deal against Mr. Erickson. (H. Tr. 578)."

Still, Zellner said she felt confident her argument would win over Judge Green-- that it would be "crystal clear" to him how to rule in this case.

"This is the first day in Mr. Ferguson's life that evidence has been presented in court that the evidence used to convict him was completely fabricated," Zellner said. "And now there's a court record of that."

Zellner also introduced more information in this document to combat Crane's April testimony, citing Department of Corrections standards to refute a major piece of evidence in Ferguson's identification: a newspaper clipping. Janitor Jerry Trump, who originally testified in Ferguson's murder trial that he saw him at the scene of the crime, said in April he was told by Crane to identify Ferguson by telling a jury he had seen his picture in a newspaper article while serving time in prison for another offense.

Crane, who now works as a circuit judge, told the court in April that Trump told him he received the full-sized Columbia Tribune newspaper from his wife. However, Zellner's new argument claims the prison would not have allowed that because Department of Corrections standards would not permit a paper that large in size. According to the document, "Crane's insistence that a full size paper was sent to Trump, unwittingly, verified that the newspaper story was false because the actual newspaper would never have been allowed in Trump's prison because its size violated the Missouri Department of Corrections Rules for inmate mail."

"We confirmed with the Department of Corrections that the article was never sent," Zellner said.

Crane's secretary referred KOMU 8 News to his voicemail Friday afternoon, but he did not immediately respond.

Although neither Green's office nor Zellner could offer a timetable for a decision on a retrial, Zellner said she expects the case to eventually reach the Missouri Supreme Court.

"To rule against us, you'd have to undo 100 years of Missouri law," Zellner said. "And I do not believe that's going to happen."