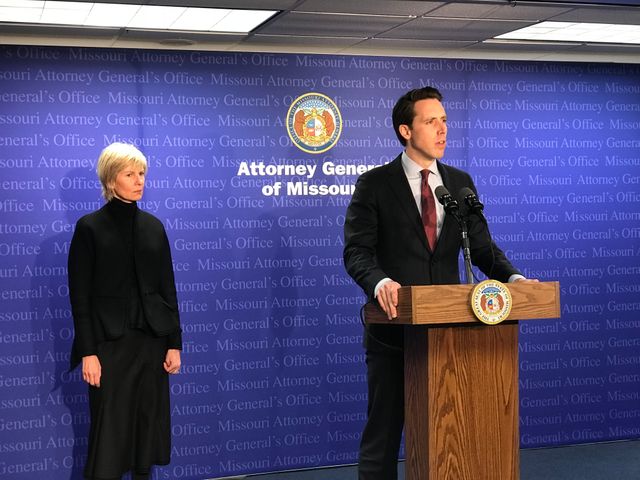 JEFFERSON CITY – Attorney General Josh Hawley announced Tuesday he is taking a stance against harassment and discrimination in the state government.

Hawley’s office will be partnering with the Women’s Foundation to fight problems, specifically sexual harassment, that are seen in the Capitol and across the state.

Hawley’s main goal is to conduct a review of existing discrimination and harassment policies.

He highlighted the need for action a report in January.

It said discrimination claims against the state create a burden on tax payers and reflect “a deep-seated culture of discrimination and retaliation throughout state government.”

The report found more than $8 million in payments, in 2017 alone, for claims filed under the Missouri Humans Right Act.

“We’ve seen in the last couple of years, two or three years, a significant spike in MHRA claims and MHRA cases and I believe there are hundred of more that are currently pending," Hawley said.

“Harassment and discrimination undermine our government's ability to serve the people of Missouri,” he said.

Hawley’s office is proposing the following seven general principles to guide the review:

Hawley said agencies should be “held to the highest standards in preventing and remedying these issues.”

However, Doyle said there is still a bigger issue that goes beyond the state government. Women from all over Missouri are facing unequal pay and poverty, she said.

According to a 2017 study of Status of Women in Missouri conducted by the Women’s Foundation:

Some democrats think Hawley is being hypocritical.

"Josh Hawley seems to be happy to talk about sexual harassment when it benefits him politically, yet has refused to denounce a major Republican donor facing serious allegations of sexual harassment," said Missouri Democratic Party spokesperson Brooke Goren.

She said Hawley needs to consider the case of former RNC finance chair Steve Wynn, who is being investigated for sexual harassment.

"If Hawley believes that women deserve to be treated with respect, he has the opportunity to demonstrate that today's discussion isn't just talk by finally denouncing Wynn.”

Hawley said he has not accepted any money from Steve Wynn, or his affiliates. He said some Democrats have accepted money from people accused of sexual harassment, including Sen. Claire McCaskill.

“The senator has, the Missouri Democrat Party has, so I think they all owe us an answer as to why they’ve done so and why they have not taken immediate action. Why hasn’t the money been returned? This was months ago," Hawley said.