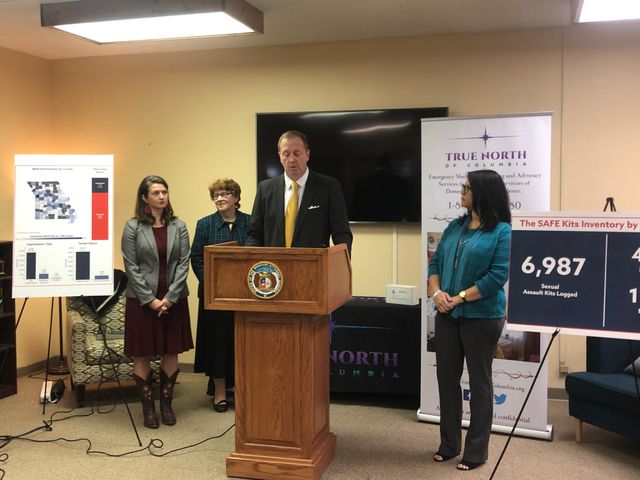 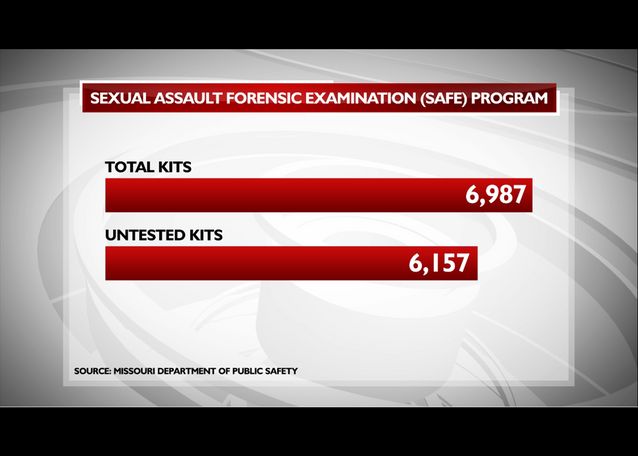 The SAFE Kit initiative was first introduced in February to address the backlog of untested sexual assault kits in Missouri.

In total, 4,438 were reported, meaning there was a police report with them. 830 of the kits were previously tested, but in some cases, using outdated testing methods.

Elizabeth Herrera Eichenberger, Executive Director of True North of Columbia, said there are countless frustrations that come with not already having this implemented in the state of Missouri.

"It's a slap in the face honestly for survivors of sexual violence, for people who are wanting to see justice," Eichenberger said. "It's a dismissal when it's not acknowledged. It's a dismissal and saying 'You know what? You don't matter."

Eichenberger said she's pleased to see an actionable initiative taking place to change the state's current dynamic in regard to sexual violence. She said having a plan that is research-based and data-driven makes her much more confident in the amount of change coming to Missouri.

In the press conference, Schmitt said the most important aspect of his job is to ensure all Missouri citizens receive the full protection of the law against crimes of abuse and violence.

"These kits are not numbers," Schmitt said. "They are not footnotes to the reporting of a crime. They represent real human beings who have suffered, confronted their fears, reported the assault and submitted to a kit."

Schmitt appointed Judge M. Keithley Williams to lead the effort in February. Williams addressed the process of the initiative and how all kits were accurately found and reported in Wednesday's press conference.

Williams began her work with seven part-time analysts by finding all of the sexual assault kits in Missouri that remained untested. After finding the kits, the verification process became the most important.

Williams, with the help of her team, barcoded kits after receiving numbers to ensure they were not double counted and to make sure the kits are ready when the electronic tracking system is running. This process helped eliminate the act of under-reporting and over-reporting kits at every agency involved.

Williams conducted site visits with agencies that reported no untested kits to understand how the state can avoid backlogs. She has also given four recommendations from her findings that she deems important for Missouri to consider.

One of those recommendations is to make the evidence tracking system required participation to ensure correct counts in the future and avoid manual counting. She also suggested Missouri use the tracking system to account for the kit as a whole instead of individual samples. The third idea Williams addressed was for a centralized location that all untested kits can be held. Her fourth and final suggestion was to redesign the box holding the samples to provide information needed to make inventory an easier process.

"I'm hoping as we move forward we will be able to listen to the barriers of the past and help resolve those," Williams said.

The process was introduced after a $2.8 million dollar grant from the Bureau of Justice Assistance.