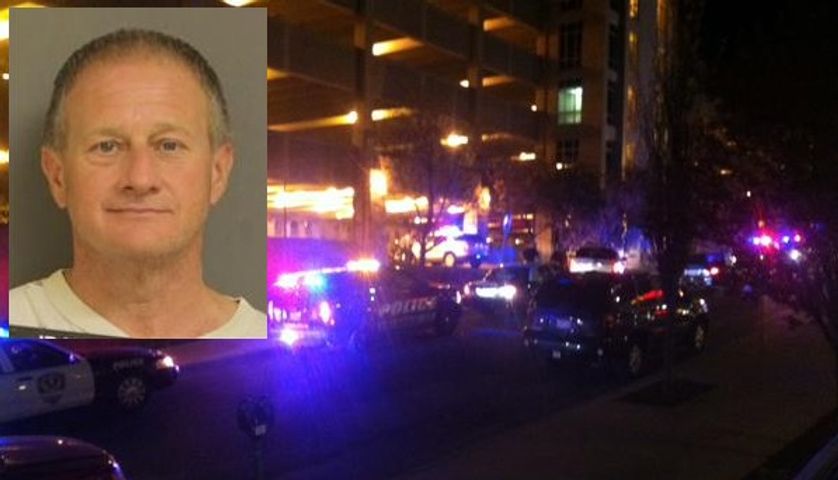 BOONVILLE - The special prosecutor assigned to investigate the deadly shooting of an armed robbery suspect in a Columbia parking garage said Monday the officers who killed the man were justified in pulling their triggers.

Douglas Abele, the Cooper County prosecuting attorney, said charges would not be filed in the April 15 shooting death of Mark Adair in the Hitt Street parking garage. Prior to the shooting, police spent several hours looking for Adair, who was a suspect in a robbery earlier that day.

Abele said, when police confronted Adair in the parking garage, he drew a weapon on an MUPD officer, who deflected it. Adair then reached for the MUPD officer's gun and engaged him in a struggle, Abele said. The CPD released a video from the MUPD officer's body cam. (The video, below, may be disturbing for some viewers.)

Police said the MUPD officer was shot in the finger during the incident and was taken to the hospital, but later released.

Abele concluded Adair initiated the struggle, and the officers had reason to shoot him. Adele said Monday he considers the case closed.

The shooting came after an attempted armed robbery about 5:30 p.m. that day. Adair was accused of attempting to rob a woman at Moser's Foods on Keene Street in Columbia. Police said the victim suffered lacerations to her head, and Adair fled from the store on foot.

According to Abele, witnesses reported being approached by Adair that night in the parking garage. They said Adair engaged them in "uncomfortable" conversation about 11 p.m. The witnesses said an MUPD officer asked to speak to Adair, who turned and removed what appeared to be a large-caliber handgun, according to Abele's report.

Abele said the shooting was captured on the MUPD's body camera, and the recording confirmed statements from the officers and witnesses.

At the time of his death, Adair had a warrant out for violating his parole. Abele said Adair absconded from entering into a halfway house residential program the previous day. The parole violation came after he served a sentence for rape.

Adair had been charged in a 1988 rape of a 9-year-old girl. His other offenses included kidnapping, burglary, drug possession and assault on law enforcement.

Abele said he reviewed reports compiled by the Missouri State Highway Patrol, which was called in to conduct an investigation into the shooting as an independent agency, since MUPD and Columbia police officers were involved in Adair's death.

Abele said he also reviewed results of an autopsy conducted by the Boone County Medical Examiner, video and audio recordings of the incident and statements from the officers and witnesses.

Abele was appointed to the case after Boone County Prosecuting Attorney Dan Knight recused himself.

Warning: the video below is graphic and may be disturbing to some viewers. It shows the MUPD officer's confrontation with Adair, the arrival of the CPD officer on the scene and the shooting that followed. Again, the video may be disturbing for some and readers should use their discretion.