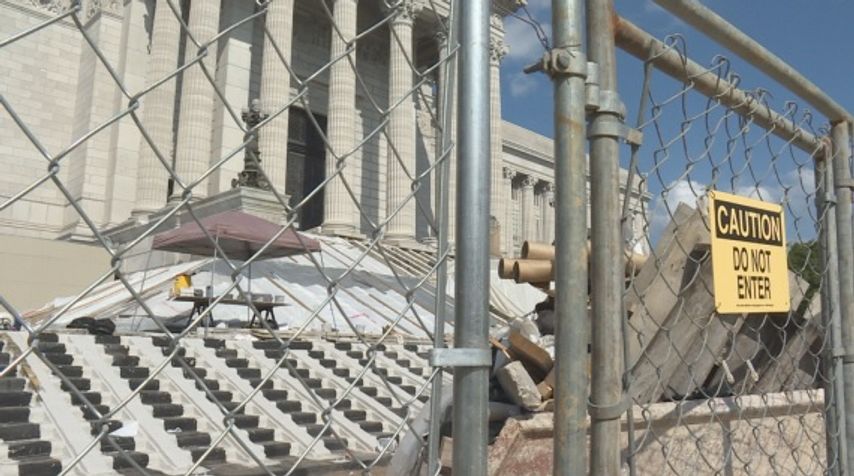 JEFFERSON CITY — The results of a Missouri audit released Thursday show there's a nearly $600 million backlog of deferred maintenance on state buildings because of inadequate funding.

State Auditor Nicole Galloway also said necessary maintenance for state facilities had been delayed, and inspections on some buildings were not being completed as required by law.

Galloway said funding restrictions by Gov. Jay Nixon are part of the problem.

The Facilities Management, Design and Construction Division under the Administration Office generally agreed with those criticisms. In a response included in the audit, the division said it's now working to inspect buildings.

The division also said it will work with lawmakers and the governor to address funding needs, but said funding for building maintenance and repair ultimately depends on them.

The Missouri Office of Administration director of communications, Ryan Burns, responded in an email to KOMU 8 News. He said Nixon inherited a backlog of deferred maintenance of at least $735 million when he took office.

"The Governor is proud to have worked with the General Assembly to reduce the backlog of deferred maintenance by more than $100 million dollars," Burns said, "And to pass bipartisan legislation that will reduce this amount by another $142 million through the 2015 bonding initiative."

Burns said, through Nixon's commitment to fiscal discipline, the state was able to address maintenance repair projects, including the new Fulton State Hospital, ongoing renovations at the Missouri State Capitol Building, and improvements at veterans homes across the state.

(The Associated Press contributed to this story.)