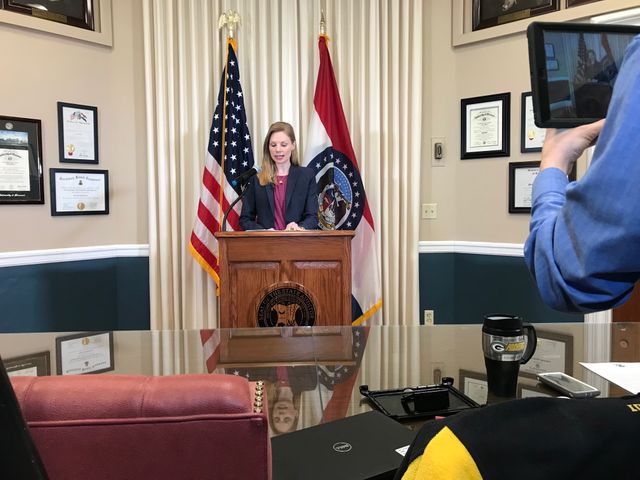 JEFFERSON CITY - Missouri State Auditor Nicole Galloway is calling on Gov. Mike Parson's administration to take responsibility for misleading Missouri taxpayers. Parson states he will not prioritize engaging the topic unless the big picture is revealed.

"Taxpayers deserve honesty from the administration. Instead, the Department of Revenue continues to operate in secrecy," she said.

Parson responded by keeping the topic in perspective with the positives.

"The auditor’s office press release was clearly meant to politically pander because it ignores the positive progress the department has made in processing tax refunds," he said.

In January, the withholding table calculation was changed to over-withhold. This act by the administration failed to follow the appropriate legal process. State law requires legislative and public review of such changes.

The over-withholding is expected to result in an additional $62.9 million coming from Missourians with adjusted gross incomes under $125,000 per year. That's more than half of Missouri taxpayers.

"The decision to take more money out of paychecks without going through the legally required process shows a clear pattern of mismanagement," Galloway said. "It should be simple: follow the law, get it right, and stop misleading taxpayers."

"Such a flagrant disregard for Missouri taxpayers, and the hardships they face when the state plays games with their paychecks, cannot be defended," Quade said.

Parson said he is consistently reforming and reducing taxes for hard working families and small business.

"We’re not interested in engaging with someone that prioritizes partisan politics and scare tactics over the long-term benefits of federal and state income tax cuts," Parson said.