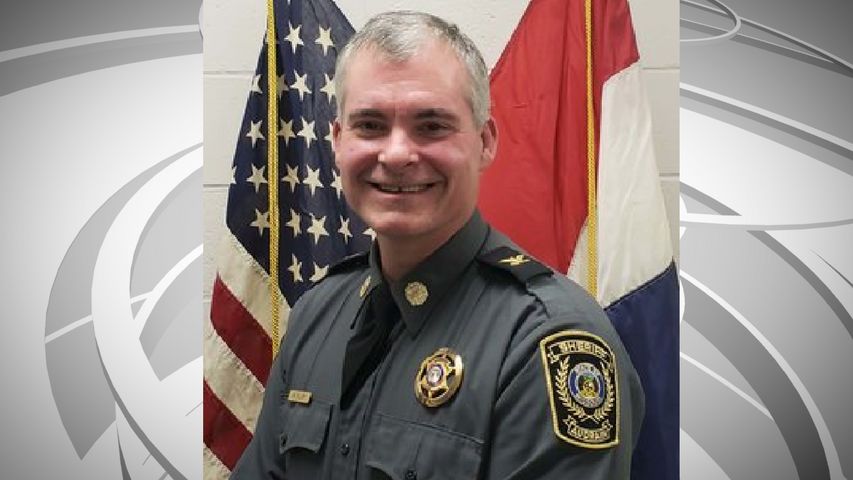 Oller posted to the Audrain County Sheriff’s Department’s official Facebook page just after 3 p.m. to address criticism he received after his post about a woman's arrest went viral Wednesday.

According to the initial post, Amanda Smith drove to the jail on a revoked license to bail out a friend. While deputies were booking her, they noticed she had a bag of  meth.

In the post, Oller wrote, "I can't make this stuff up."

Smith’s mother later told KOMU 8 News Oller was out of line by writing what she described as a snide post about her daughter.

"The media post, inexplicably, took on a life of its own," Oller wrote in an email to KOMU 8 News on Thursday. "It was really meant as a media release AND solid advice of what NOT to do when you go to a Sheriff's Office or Police Station."

In Saturday’s post, Oller said the community’s response “caused a great deal of reflection” on his part. He said he did not regret making the post and would do so again.

“This wasn’t about Ms. Smith, although it appears some think it was,” Oller wrote. “She happened to be the person that was involved. Given the circumstances, it wouldn’t have mattered who it was, the same thing would have happened on my end.”

Oller said he did fail to mention in his original post that Smith was innocent until proven guilty in a court of law.

“That was an oversight on my part, however, realistically, that does not change the bearing or legality of anything,” Oller wrote. “That’s a mistake that I will make every effort not to make again.”

Oller said the post was not meant to make fun of those dealing with addiction.

“This wasn’t about addiction, although some apparently think it was,” Oller wrote.

He said he has worked in the past to help addicts and would never do something to alienate them.

“Addicts NEED folks who are biased to be on their side to advocate for them (not to be confused with enable them),” Oller wrote. “On more than one occasion, I have personally advocated with the ‘system’ in favor of addicts.”

Oller said he was not trying to make light of addiction in the post. Instead, he said he wanted to address the potential threats the crime Smith is accused of poses toward jail safety.

"The responsibility for ensuring it operates safely and securely for my staff, the community and the inmates, fall squarely upon my shoulders," Oller wrote.

He said Wednesday's post wasn't supposed to be humorous or disrespectful but rather meant to “lighten the tone of the frustration with what had happened.”

However, Oller said he still finds it important to look for humor in certain situations.

“I try to find humor and positives in most things,” Oller wrote. “If I didn’t, life would be pretty sad all of the time given the things I see and experience daily. If folks thought that was wrong, then so be it.”

Oller ended the post by saying he would have—and will continue—to make similar posts, no matter who commits the crime, even if it's someone who works for him.

“It will be done as a warning to others who may try such things that we’re watching, and we’re serious, so DON’T DO THAT,” Oller wrote.

He said he understands people have different ways of interpreting messages, but that won’t stop him from making posts like Wednesday’s.

“If you want to view it as ‘public shaming,’ that’s your opinion,” Oller wrote. “But as long as someone is putting the safety and security of my staff, the inmates and the jail at risk, they will be called out for it, regardless of the storm that follows.”

(Below is Oller's initial post from Wednesday, followed by Saturday's response.)