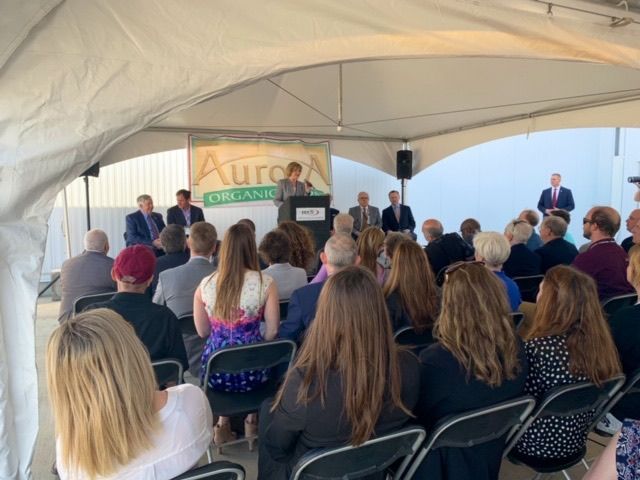 Gov. Mike Parson said "it's huge" for the state of Missouri and Columbia.

"Anytime you have a company coming to town and they are doing a 150 million dollar investment and 160 new jobs, that's adding to the economy of our state," Parson said.

The plant has already hired 100 employees with the majority of workers hired from the Mid-Missouri community. Columbia Mayor Brian Treece said the company has gone above and beyond with what they promised when it comes to hiring local employees.

"They have exceeded their objective," Treece said. "They had promised to make sure ten percent of its work force matched the demographics of Columbia. That's more like 30 percent right now."

The company also formed a new "externship" for students within the University of Missouri College of Agriculture. Students will go to Colorado, learn the dairy business and then return to the Columbia plant and work. Treece said he is excited to keep educated employees in the state of Missouri.

"I can't think of a better synergy between Columbia's economy, the state's agriculture history and this corporate development," Treece said.

Aurora Dairy's future plans are to expand operations at the plant in Columbia. CEO Scott McGinty said if the company plans to expand, more people from the community will be hired.

"We have about 100 employees today, it has taken us about a year to acquire that work force and if we expand adding one more line, I would imagine we would add another 50 or 60 people," McGinty said.