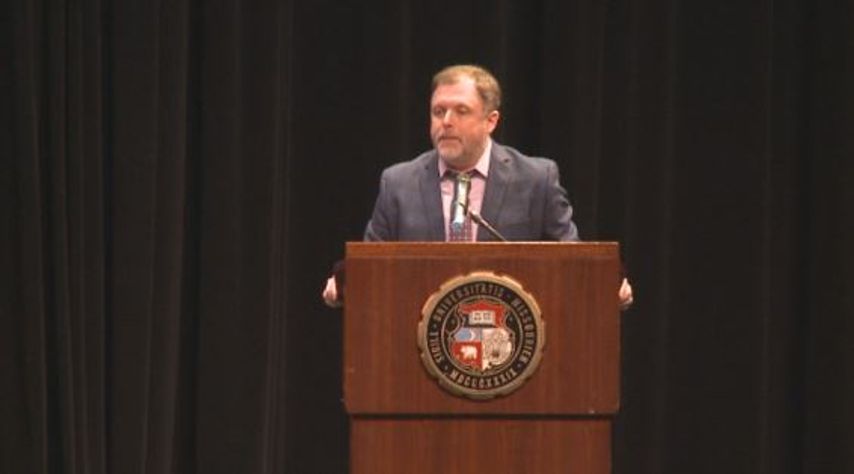 COLUMBIA - Tim Wise, an author of several books that deal with racial issues, visited MU's campus Monday to discuss the connection of race and class.

Audience members before the event said lectures like this encourage conversation about racial issues.

There have been many speakers at MU over the past several months, including Diane Nash, to talk about racial issues.

One of the coordinators for the event, Taj Sconyers a graduate student and member of the group The Bridge, said the group wanted to bring in someone well known and relatable to continue the conversation.

"Well I think there are some people who have tuned out, who are not open at this moment for different reasons, and I think there are other people who are very interested in the conversation. From trying to have conversation and understand each other's perspectives, from extending across the aisles that separate us, we can come to an understanding of each other," Sconyers said.

Wise talked about a number of topics including his thoughts on history, law enforcement, and how he says the events on MU's campus have affected people across the nation.

"I think it has been really inspiring. I have talked to people all around the country for the last seven or eight months, and they have all talked about how the uprising here was really instrumental in getting them to focus on issues of racism on their own campuses," Wise said.

Anyone who attended the lecture can take a response survey for the MU College of Education at this link.