Authorities say drivers should be careful when driving with pets 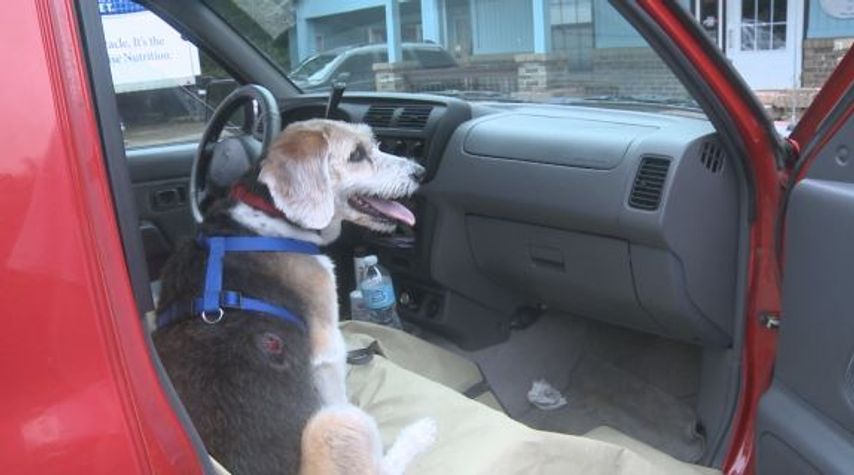 COLUMBIA - Law enforcement regularly warns drivers not to drive while talking on the phone, texting, or eating, but it turns out pets can also be a distraction.

The Missouri Highway Patrol does not keep statistics on car crashes involving pets, but Corporal Scott White said it can pose a real danger if drivers don't secure them properly.

"There's no argument at all that a pet loose inside a vehicle causes driver inattention and inattention is actually the leading cause of crashes," White said.

But pet owner Amber Dothage said her pet travels well sitting in the back.

"He's a pretty good dog," she said. "I mean he'll just sit in the back and just lay down or look out the window. He's not much of a distraction actually."

Columbia resident Mike Parnell said he also agrees. He travels regularly around Columbia with his dog Macy in the front seat. He said Macy is used to travelling in the car and gets excited when it comes time to hit the road; however, he said it's a different story when Parnell's wife takes her out.

"Now my wife, she'll actually run the seat belt through Macy's harness so that she'll sit still and not move around in the vehicle," he said.

Parnell said when he travels with Macy, he keeps in contact with her by putting his hand on her and petting her.

"One thing I won't do, but I see a lot of folks do that I think is not a good idea, is to have the dog sitting in your lap. Even though they're well behaved, I think that's a real distraction," he said.

Noah's Ark Animal Hospital and Bird Clinic Veterinarian Melissa Boldan said most pets travel well and she sees more pets getting hit by cars than actually being in a car accident.

"The most experience we have involving animals in vehicle accidents are dogs being hit by cars when not on leashes, but we do occasionally see animals that have been in car accidents," Boldan said.

She said the best spot in the car for a pet depends on the pet's personality.

"I think the backseat is probably better than the front, unless they're an anxious animal that likes to be next to you. Wherever for that individual pet they're most comfortable riding is what's best," she said.

Boldan also said if a pet doesn't travel well, owners should drive with the pet in a crate.

For more more details on the study's findings, visit this link.