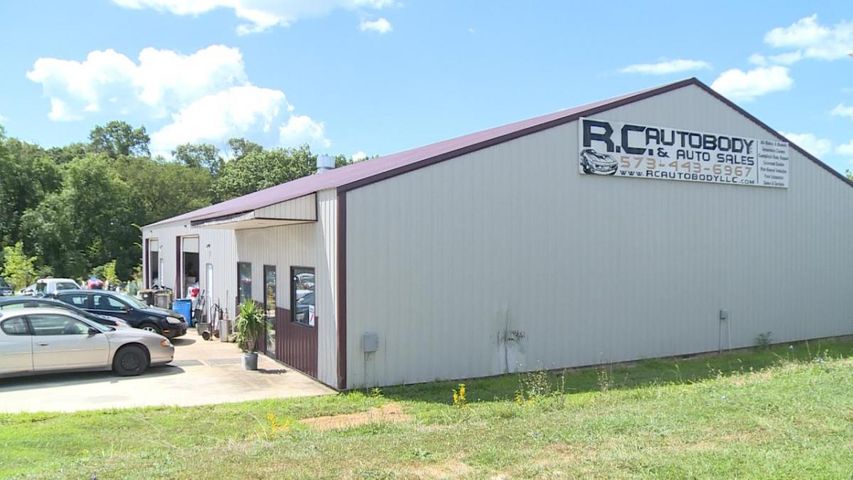 CALLAWAY COUNTY - R.C. Autobody workers were busy Wednesday readjusting after a shooting at the shop two weeks ago.

The shop usually operates with four workers, but two are out following the shooting.

"It takes a lot more stuff for us to get done because it's just two people, so that constantly reminds us what happened," said R.C. Autobody worker Ridge Clevenger.

Clevenger and his father are the only ones working at the shop, but they weren't working when two armed men came in demanding a car on July 30.

The two were on a lunch break when they received the call from the shop.

The call informed them that two men had crashed a car across the street from the shop and entered the store armed, shot at a worker and then proceeded to steal a car.

"At first I thought he meant that he shot the guy and he was still here and they got him. I didn't understand he got away with the car after it all went down. When I realized that it was just us and they already had the car gone it was pretty flabbergasting I guess," Clevenger said.

The incident sent one co-worker to the hospital with a gunshot wound to the shin.

"They had the keys in their hands and everything and they were just walking out and decided to shoot him just while they were leaving for no reason," Clevenger said.

The co-worker was released from the hospital on Monday, but Clevenger says it will take him six-months to heal.

The shop is missing one other worker, Clevenger's brother Ryan.

Ridge Clevenger said his brother is not comfortable coming to the shop where it all happened.

"When he saw the two people walking down the hill he just had a feeling that something wasn't right, because they had like bags and computers in their hands and stuff so he loaded the gun that my dad leaves here for purposes like this, just in case," Clevenger said.

Ryan Clevenger was the one who used the shop's gun to arm the shop against the suspects.

"We hunt and fish and stuff but we've never had to shoot at somebody or anything so he's dealing with the situation he's never been in before," Clevenger said.

The shop had a gun just in case anything like the July incident ever happened.

"We never thought we'd have to use the gun, we always just kept it here because we're right off the highway and you never know, but we've never had any incidents similar to that, nothing, no robberies, nothing," Clevenger said.

Clevenger said the shop is just trying to get back in the motion of everyday operations.