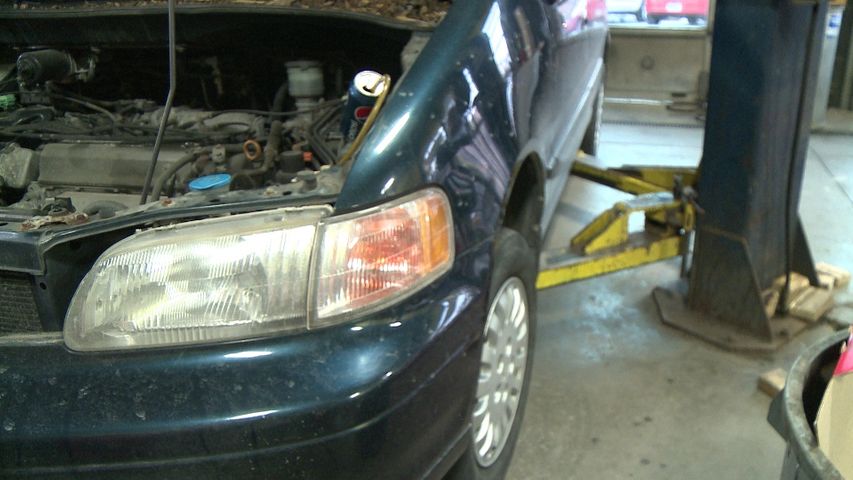 Gentry Asher, service manager for Custom Complete Automotive, said his store checked between 25-30 vehicles Wednesday, up from between 18-20 vehicles on a regular winter day.

Asher said most customers are concerned about their tires. Some drivers experienced no traction in the snow and are realizing that they need new tires on their vehicles.

"People are catching up now. People are coming in now since they dug out their cars, and to get their cars prepared for the spring," Asher said.

Jake Alden, a customer, said he came in just to check his truck before any serious problem happens. He said his truck is old and the engine doesn't run quite well in the cold weather.

"I haven't been driving recently. I was mostly just walking. The snow finally melted. I just want to come by and check it, to make sure in the cold weather nothing too bad had happened," Alden said.

Alden suggested others walk as much as possible until the weather gets warmer and the snow melts completely.

Asher also said because the roads may still be icy in some spots, drivers should be careful. He said there is no way to stop a car from sliding on the ice, and the best way to avoid an accident is to drive slowly.