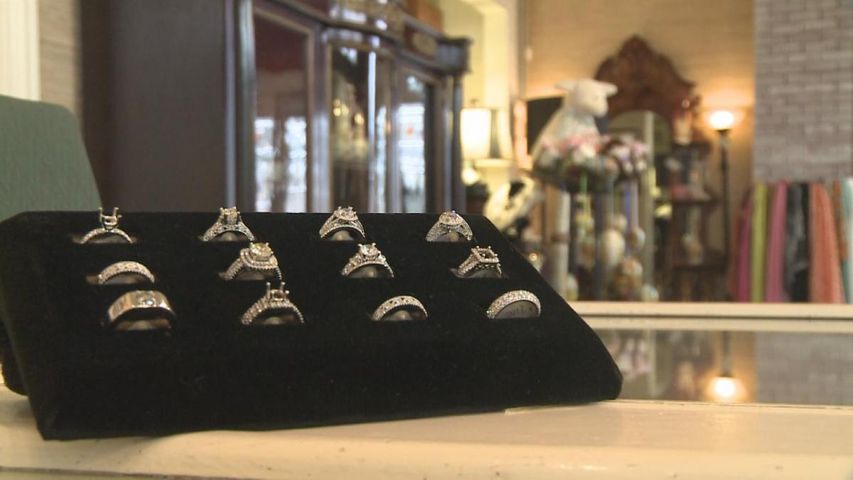 COLUMBIA - According to a recent survey from The Knot, a wedding website that annually surveys people around the nation about their weddings, people will pay serious cash to have that special day.

The survey reveals that the average cost of a wedding in 2014 was $31,213 (excluding the honeymoon). This is the highest average wedding cost The Knot has recorded since 2008. The survey lists the average prices people will spend for things like a florist, a photographer and even the engagement ring.

The survey also lists the most expensive places to get married (Manhattan is #1), popular wedding trends and other statistics.

KOMU 8 asked some people in downtown Columbia Friday what they thought a cost of a wedding might be and then told them what the real price was.

Most had never been married and were stunned by the $30,000 price tag.

"I feel sorry for my niece, she just got married not long ago," said Columbia resident Sidney Brown. "Cost the family a lot... but $30,000... that's ridiculous!"

Morgan Elliott had about the same reaction.

According to florist Kent Anderson, who wasn't surprised at the number, brides seem to spend it on a few specific things.

"I think flowers and food are the two big things that really stand out with the bride," he said. "The place where the receptions going to be, that's always a big thing. That kind of sets the tone of what they want to do."

The survey revealed similar findings. Some of the priciest things in a bride's budget seem to be the decor/florist, the band, the photographer, the venue and the food. Catering averaged about $68 a plate in 2014, and multiplied by the average number of guests at a wedding (136), that cost is already about $9,000.

Anderson said he thinks this could be a reason why the number of guests seems to be decreasing at weddings. In a 2009 survey by The Knot, the average number of guests was about 148 people. Last year, that had shrunk to 136.

"A guest list can get out of hand, just get really a lot of people. If you really want a sit down type of dinner that can be very expensive," Anderson said. "They are cutting back on guests and picking the people that are the closest friends, closest family members."

Anderson said when he started in the 1970s, wedding prices were nowhere near what they are now. He thinks as the years have gone on, the buying habits of people have changed, as well as how much they are about their flower preferences.

"When I started years ago, back in the 70s, weddings were around $500 and you got a lot," he said. "Nowadays $500 is pretty much the bridal bouquet, the bridesmaids bouquets, corsages, boutonnieres."