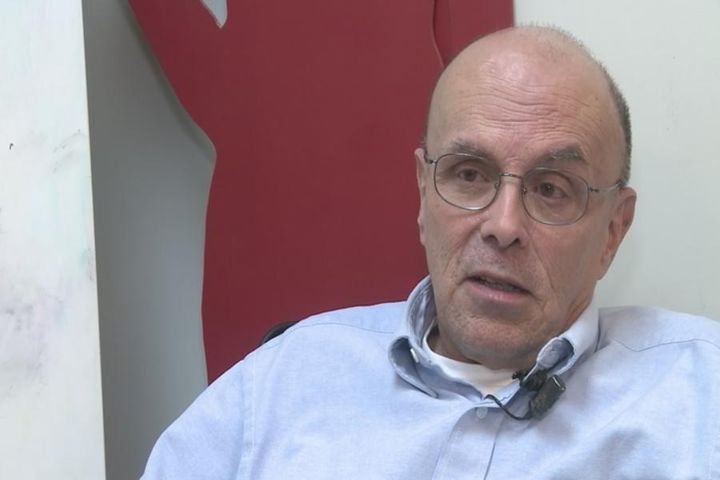 ST. LOUIS - It's a voice often silenced and dismissed - the story of abusive men. Many times the focus is kept on domestic violence victims, but rarely those creating a hidden hell for spouses and children.

Joe Eulberg is a co-facilitator of RAVEN's batterer intervention program in St. Louis, and has been for nine years. RAVEN works exclusively with violent men, and is the third oldest program of its kind in the United States.

"Most of the agencies work with women. And the agencies like RAVEN that have batterers intervention programs and work with men are in the minority," Eulberg said.

The Bureau of Justice Statistics reports more than 30 percent of female homicides in the U.S. are domestic violence related.

"There's hundreds of thousands of guys out there that nobody would ever guess they're doing this (domestic violence), and they may be just as capable as I am of killing themselves or killing their partners when push comes to shove in a relationship involving domestic violence," Eulberg said.

Eulberg says he knows firsthand. Reading "The Secret Life of Bees," as KOMU 8 arrives for an interview, dressed in a powder blue button up and khakis, Eulgerg looked through his glasses and said he completed RAVEN's intervention program 23 years ago.

"I had to come here because of behavior that included grabbing my wife, and slamming her up against the wall, grabbing her by the arms leaving the four telltale finger mark bruises on the back of each arm... I threw furniture at her, through objects at her, choked her..."

His wife Barbara had given him an ultimatum 20 years into their marriage- either get help with his violence, or she would leave with their two children. Bob and Katie were 10 and 12 years old at the time.

"As I would envision my life changing if Barbara ever left and took Katie and Bob, it's like I would have no identity," Eulberg said. "I couldn't imagine dealing with it. And I did consider taking my own life. And actually when I would think about taking my own life, I'd think I'd be leaving Katie and Bob behind with a dad who had killed himself. And, I grew up with that myself; my mother killed herself when I was a teenager. So I know that that was not a good thing. And I thought one way to not leave them behind, would be to take them with me."

Though he never acted on his suicidal thoughts, or the notion of taking his children's lives, it marks a dark period of his life Eulberg said he'd never forget - even as he moves forward.

"Part of my motivation for being a volunteer and helping to do these groups is that I'm working on myself the whole time. I'm the man that did this all those years ago, and I could easily become a man who does things like that again if I don't work on myself."

Eulberg is quick to point out that his story is unusual. He's never been violent toward his wife since completing the batterer intervention program in 1990. He's still married. He still has his family. He still has his life.

"My message isn't to say, ‘I got better, all men can get better.' Because that's very, very far from the truth," Eulberg said, noting that generally, the statistics for men changing after going through batter intervention programs "are not very good."

MCADSV published its Standards and Guidelines for Batterer Intervention Programs in 2006.

"When cognitive behavior, or batterers intervention programs work, you see a significant reduction in the number of people who reoffend in domestic violence," Daniels said.

"She's been a big piece of change in the community and how we handle domestic violence," Ted Solomon of Family Counseling of Missouri said, discussing the increase his batterer intervention program has seen in court referrals.

Solomon explained the benefits of intervention groups, as opposed to individual counseling, includes men holding each other accountable.

"If somebody's saying that they didn't ever do anything wrong, there may be somebody else in there that's saying, ‘You know what? You're in here for a reason,'" Solomon said.

"I remember him (batterer) sitting right in this room on that sofa across the room the night that he said, ‘I get it. It's me.' We see breakthrough moments like that every now and then," Eulberg said.

"I don't believe that in 2013, we're going to eradicate domestic violence arrests in Boone County. But it doesn't mean we can't continue to try to work hard to get those people in the system the best chance of not reoffending... As I write those letters congratulating those people on successfully completing their period of probation, I feel a sense of pride that we as a community, have given them the opportunity to make not only their life better, but the people who love them and are involved with them, their life better," Daniels said.

For more information on batterer intervention programs and domestic violence resources in your area, click here.