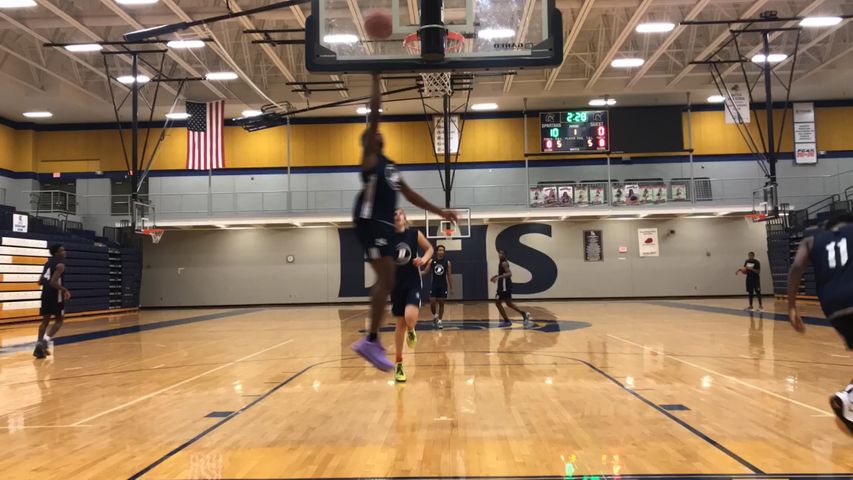 COLUMBIA - Battle High School's boys basketball team will be heading to Knightstown, IN to play in the historic Hoosier Gym on Saturday, Dec. 21, 2019.

The back-to-back-to-back district champions will get a chance to showcase their talent. Battle basketball head coach Brian Meny said most of his players don't know a whole lot about the film.

"Yeah, we are going to need to give these guys a history lesson on the gym," Meny said.

The famous 1986 film starring Gene Hackman and Dennis Hopper is a bit out of date to some of the athletes.

"You know I kind of joke, my guys are familiar with the Bluechip's and Coach Carter's, but do they really know the Hoosiers," Meny said.

Coach Meny was right, his team didn't know much about the environment they were going to play in.

"I have never seen the film, but the place looks pretty cool to play in," Maricus Grant, senior forward, said.

"I saw the movie a while ago, but I couldn't tell you what it was about," Cachao Gianquinto, junior guard, said.

Even coach Meny's son, Tristan Meny, didn't know the history of the gym.

"I'll watch it though before we go! We're just going to all go and have fun over Christmas break," Tristan said.

With the game being so close to the holidays, Maricus Johnson assures all the parents they will be having a fun time.

"You know, we didn't really go over when we were going to get back, but as long as we are playing basketball it doesn't really matter," Johnson said.