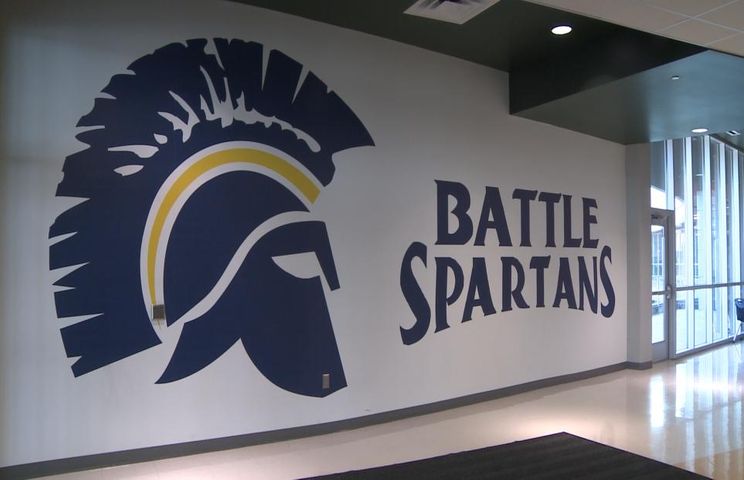 Students got to relax with an afternoon assembly after a morning of taking finals.

The dance team and several student musicians performed and students were treated to a mini-flash mob from some of the teachers. Most agreed the on the highlight of the assembly which was pie-throwing.

Student who led a campaign to raise money to help bring clean water to third-world countries thanked those who donated by randomly selecting a group of kids to throw pies at administrators, including Principal Kim Presko.

Presko said the campaign to raise the money was a good example of the student leadership she wants to see more of as Battle moves into its second year.

"We want to get more kids involved in the leadership aspect of school. And that they take on that building and maintaining of the culture we've established," she said.

Presko said it will be easier for students to shape the school the way they want to now that the foundation has been laid.

"The events are already organized. Now the kids can add a lot of flavor in what they want those to be. It can be more student-driven and student-led," Presko added.

Presko said part of "flavor" is creating and maintaining traditions. Several students have already said rewarding good grades and other success with the chance to throw more pies at the teachers would be a tradition they'd love to see.

Battle held its first graduation May 22. Next year's first-ever senior class is expected to be much larger.