Battle of the Bands winner gets to record an album 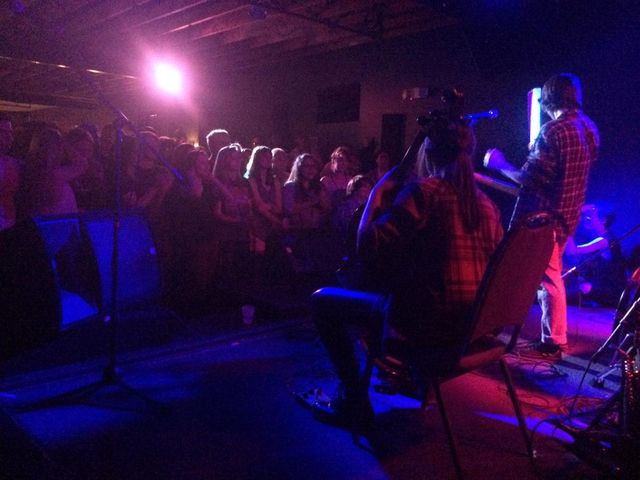 COLUMBIA - Six bands took the stage Friday evening in Columbia Public School's 11th annual Battle of the Bands.  The event started in 2005 with Phil Overeem when he was teaching at Hickman High School. While there wasn't as much interest last year, this year's prizes brought out more students.

Music Go Round, a local music store, donated the prizes. The second place winner got a $50 gift card while first place winner got a $100 gift card. But the biggest draw was the chance for the winner to record a new album at the new and only free recording studio for students in Columbia.  It's called Dark Room Studios.

Jonathan McFarland, a teacher at Hickman, said the idea and goal of Battle of the Bands is to get bands together to play and perform.

"The bands who are playing live have this extra motivation because they know they have a chance to actually record," McFarland said.

The six bands that performed were Phoenix Adams, Graveyard Youth, The Succubus Project, Blue Pyramid, The District and Devastated Vibes.

Most of the contestants were part of the Academy of Rock chapters at Hickman High School and Battle High School.

Some of the bands will also perform at Stephens Lake Park Amphitheater Concert Series. Teen Talent Night on Thursday, May 7 at 6:30 p.m. is free to the public.

[Editor's note: This story has been updated to correct grammatical error.]