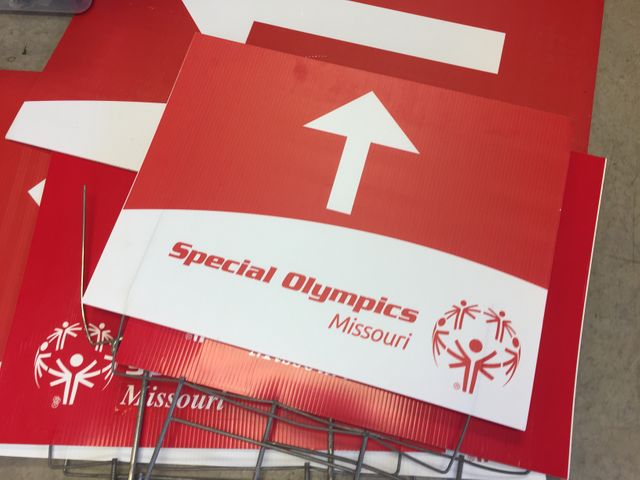 COLUMBIA - The second COMO Game Jam is being held this weekend as gamers flock to Columbia. Gamers and software developers participate in a challenge where they must create a tabletop or video game by the end of the weekend.

Participants come from different backgrounds, as some like to combine their past experiences and other hobbies with their creative sides to put forth a unique finished product.

Participants Rodney Hussmann and Jesse Snyder are developing a game titled Tones of Chaos. The objective of the game is to stop demons from being summoned using ritual sounds. Hussmann's background in graphic design meshes well with his passion for gaming.

"For me, visual matters to some aspect," Hussmann said. "When you play a video game, it's not just enough to play a game. Sometimes it helps when it looks better. A video game that looks better is more approachable for a lot of people who don't play games or don't know (the video game you created). If you can make it look a certain way, people can know going in what to expect without getting instructions. The video aesthetic sets up the game before you even touch it."

As the popularity of video games continues to grow, eSports are also on the upward trend. Event organizer Collin Bunch is happy with the progress.

"There's 33 million hardcore gamers between the ages of 12 and 17," Bunch said. "It's already a huge phenomena."

Bunch also spoke about the importance of eSports in today's youth.

"It's a little bit more inclusive," Bunch said. "I think if you just saw all the kids who are so stoked to represent their school or know that what they did mattered...there's a lot of students who already do this and they want to have some way to come together, travel to other schools and play against their people. That's another thing I really like about (eSports)."