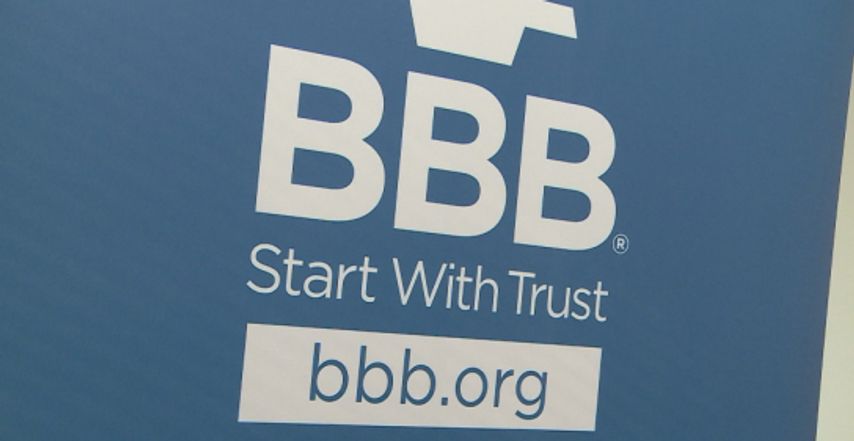 JEFFERSON CITY - The Better Business Bureau of Missouri issued a warning about a mid-Missouri company Tuesday.

EBookstore, LLC is a company that allows customers to access electronic books. The BBB received several complaints from consumers saying EBookstore, LLC charged them for services they did not want. There are 10 complaints against the company listed on the BBB's website.

In their complaints, consumers said they contacted the company about being charged, and the company told them if they did not opt out of a service, they were charged for it.

"So many of these consumers inadvertently signed up for a service that they did not want," said Michelle Gleba, with the BBB's Columbia branch.

EBookstore, LLC has an "F" rating, the lowest on the BBB's scale. Gleba explained the ratings process.

Gleba said the BBB contacts the business to inform it about complaints.

"When a person files a complaint against a business, the BBB will act as a neutral party between the business and the consumer to help resolve that complaint," she said.

In a written response to one of the complaints, EBookstore, LLC said it uses an "assumed sale technique." The company explains the consumer must deselect an already-selected box in order to opt out of services.

It wrote, "This is neither new nor unscrupulous, it is simply business."

Gleba said she agrees it is not a new practice, but it is not transparent.

"The sales tactic of requiring consumers to opt out of a service is a tactic that’s been around for a long time, but it’s not transparent and it’s not fair to consumers," she said.

The BBB contacted EBookstore, LLC in September but did not get a response.

Gleba said there is a lesson to learn for all consumers.

"We’re trying to encourage consumers to be vigilant, to be cautious and to make sure that they hopefully read over everything, particularly when they are shopping online," Gleba said.

KOMU 8 visited the address the BBB had listed for EBookstore, LLC. It is a hypnotherapy office. An employee there said the owner, David Newman, runs Rose Heart Hynotherapy and EBookstore, LLC out of the same site. He was unavailable for comment Tuesday.