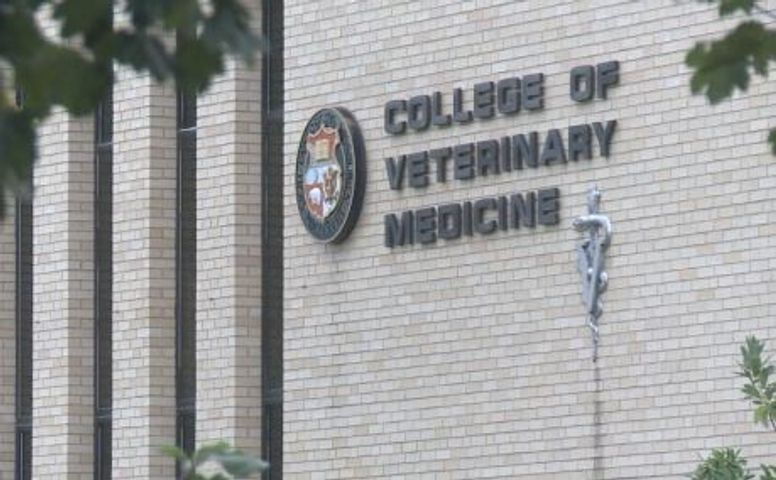 COLUMBIA - Six beagles were euthanized after a study conducted by the University of Missouri College of Veterinary Medicine.

The study, published by the American College of Veterinary Ophthalmologists, was to investigate the efficacy of topical hyaluronic acid compared to the standard treatment currently available. Researchers concluded the experimental treatment was not more effective.

"To test the effectiveness of the new drug treatment, dogs underwent sedation, and their corneas were operated on by a board certified veterinary ophthalmologist under the guidelines of ARVO," University of Missouri officials said in an email to KOMU 8 News.

"However, following their wounds they were given medical treatment to heal their eyes. The treatment consisted of hyaluronic acid," the statement said.

Hyaluronic acid is naturally in the human body, according to webMD.

MU said no dogs were blinded during the study. Researchers injured the corneas and then healed them before the end of the study.

According to the researchers' publication, the six beagle puppies were between 9 and 12 months. The Beagle Freedom Project, the dogs were euthanized after the study was conducted.

According to a university news release, all studies were performed in accordance with the Association for Research in Vision and Ophthalmology.

The BFP is also suing the MU College of Veterinary Medicine over its research programs; however, the lawsuit isn't directly related to this study.

In May of this year, Beagle Freedom Project filed an open record request with the University of Missouri. The organization said the university asked BFP to pay $82,000 for the records of the 179 dogs and cats the university has in its laboratories.

"That's a violation of Missouri's Sunshine Law," Vice President of Beagle Freedom Project Kevin Chase said. "It's a violation of the source the public gives these facilities by giving them their tax payer dollars to do this research."

When BFP was not able to get the records, the organization researched studies from the university.

"This is why we feel the University of Missouri is trying to charge us $82,000. They don't want us to have records because we think they are trying to hide something similar that is still going on," Chase said.

Chase said BFP has adopted out many blind dogs, and loss of vision shouldn't be a factor in euthanization.

In a statement MU said, "Without animal research, we would not be able to answer some of the most important medical questions."