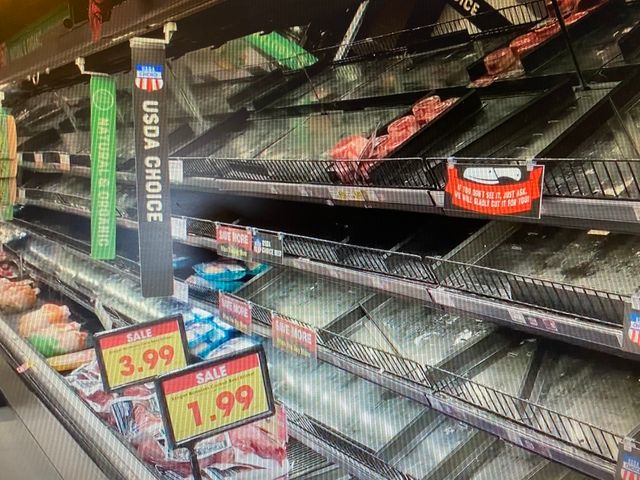 COLUMBIA - Beef prices are slowly recovering after a dip from when beef processing plants were closed due to COVD-19, according to Missouri’s Beef Council executive director, Mark Russell.

It may seem backwards to raise prices when there's more product, but according to Russell, this is because packaging plants have to catch back up due to such a large backlog.

"We're 15-20% below where we were back then," Russell said. "But we're optimistic that once the backlog of cattle get up in the supply, then the demand would equalize that a little better," said Russell

Plants are starting to reach back to 90% capacity and process as many animals required in a day’s time.

Due to COVID-19, beef processing plants closed for days at a time six weeks ago because several workers were affected with the virus.

The affected plants resulted in an overstock supply in cattle because there were limitations of how many animals were able to be processed.

The beef plants were at less than 50% of capacity due to factory lines being slowed down with fewer workers.

According to Russell, fewer workers and an overstock of supply means it became difficult for retails shelves to be fully supplied with beef at a timely manner.

“We always had plenty of cattle, but we couldn’t get them processed in a timely fashion. There was more cattle then there was the ability to process cattle,” Russell said.

Farmers’ pay was reduced by 25% because of the overstock in cattle, according to Russell.

“Because there was a backlog of cattle, farmers and ranchers actually got paid less because there was more supply than what they could get processed," he said. "But then once you got it through, a retailer only had a limited supply and would pay higher prices, and then pass that on to their consumers in order to have beef in the stores,” Russell explained.

Russell said that beef processing plants are participating more safety measures to avoid workers becoming sick again.  He said workers are monitoring employees’ temperatures before, and while they are working on the line each day.